You Can Call Him B.o. 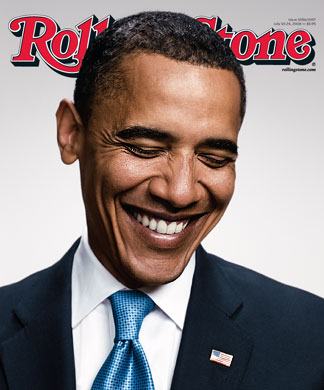 But you can’t call him b.O.

HA! I SO wish I would have thought of that one on my own!!!

But really. Enough with b.O. already. The accidental politician. Could I be MORE SICK OF HIM than I was the last time I posted about him? Amazingly, yes.

Hey everyone, Can you spell socialist? B-A-R-A-C-K! That’s right. Mr. b.O himself. What in the name of Hades is wrong with everyone or have I just been brainwashed by evil, white, capitalists?

Here is a thought, stop wetting yourself over all his “hopeful” “Yes we can” bull —-” and LISTEN to what the guy is saying!!!!!!!!!!!!!!!!! His speeches are LACED with “government knows better than you” , anti-capitalist, CRAP! Not, ugh, to mention, ugh that ugh, he can hardly, ugh speak, ugh without a tel-ugh-prompter!!!!!!!

For example, take a speech he gave a graduating class last month – if you can get beyond all the warm, fuzzy talk and listen to what he is saying he is full on bashing good old hard work and people that made this country great! He’s talks about NOT aiming for that house with the picket fence and car in the driveway and instead volunteering and doing something for someone other than ourselves. Sounds Ok right? NO! Listen again! There is NOTHING wrong with wanting a fricken’ house and a mini-van or a nice suit or being a part of the MONEY CULTURE–– HELLO POT THIS IS KETTLE! We have to be “in it and not of it” if you know what I mean! (The speech gets pretty juicy at about 8 minutes if you can stomach it that long!) Though I personally DON’T want a mini-van there is nothing wrong with graduating from college and pursuing everything that you just spent your thousands on!!!!!!!
Common sense says not EVERYONE can join the bloody peace core! You know, not EVERYONE can pack up and work is a soup line all day! SOMEONE has to make the money to fund and donate to programs that help others! For the love of Pete! My uncle makes a CRAPLOAD of money AND he has multiple rockin’ cars and a house in a swanky suburb AND he is on the board of World Vision – he is a part of an amazing charitable organization -could he DO THAT if he was just like my husband and I??? No, he would be eeeaking out his $30 a month to World Vision just like we are!!!!! And HELLO, my Grandpa who toiled in the fields for the last 50 some odd years and gives money to just about anyone who asks???????? Could he bless people like that if he had decided to serve right off the bat? I am just saying that for someone who had a 4 million book deal, for someone who could only give one percent of his income while making over $200,000 a year to be preaching about the “money culture” is pretty sick.
And I am just so SICK of being made to feel like just because I have a house and yes…GOD FORBID I would like to make more money and improve my quality of life…that I am evil. Yes, of course we all need to give our money and time to those with less but if you want to own a home someday or take your family on a nice vacation you are not the spawn of Satan!
Oh yeah, let me branch off on that point, (despite what morons like Michael Moore and people like Oprah and countless others believe and despite popular opinion these days) THERE IS NOTHING WRONG WITH BEING WHITE, THERE IS NOTHING WRONG WITH BEING AN AMERICAN! THOSE THINGS ARE NOT SOMETHING YOU NEED TO APOLOGIZE FOR!!!! (Further on the side note: I was at a party last year where a neighbor found himself apologizing to me for the color of his skin and status in life – I just cut him off, I stopped him and told him to never be sorry for that, I told him he had been watching too much of the news – that he was not evil for being a while male. I thought he was gonna cry! He actually thanked me for setting him straight! It was one of the weirdest conversations I think I have every had. ) And to top it off, being a conservative (read: someone you wants to protect this countries borders, culture, morals, language, currency, unborn life etc.) does not make you a back woods moron either.

Crap. As usual when I rant I did it again. I digress…

How dare Barack talk about charitable giving anyways!!! In 2001 before his big book deal he gave LESS THAN 1% OF HIS INCOME to charity between 2000 and 2004 even after his 4 million his giving did not exceed 5%. How many church going people do you know making $50,000 or less that FAITHFULLY give over 10% of their income? (Never mind garage sales for Africa, food drives, child sponsorships, clothing donations, ebay commission donations etc, etc.) That is what I thought.

Back to Barack. He is a socialist through and through. The government CAN NOT fix your problems and neither can the Messianic Barack. “Yes We Can!”

HOW ORIGINAL!!! Dugh, a moron could have figured out that a slogan like that would rally the troops (masses), a moron would know that after a crazy war and skyrocketing oil, after Katrina and corporate scandals that a slogan like “Yes We Can” would make everyone throw caution to the wind and fawn all over you like white on rice!

Life is hard. Yes, it’s hard right now! We can hardly make our damn house payment but the GREAT B.o. is NOT going to fix that! He is just going to make it worse. A socialist will tax the living crap out of us to pay for all their “programs” all their “fix it” answers to America’s woes. For Pete’s sake, Last week in a speech he talked about mandatory service in the form of 50 hours a year for middle school to high school students and 100 hours a year for college age students. This service would be in government run or approved programs. That’s right, all those great teens that serve countless hours a year at church, well, that doesn’t matter. Barack will tell you where to serve and for how long and hey, he’ll reward you with a nice tax credit when you do.

This man has been “endorsed” by Hamas, Amadinijad (sp), Hugo Chavez, Fidel Castro and now last week by Kim Jong Il – a man who has starved a million of his own people and caused a million more to flee. Amadinijad (sp) condones women who are committed of adultery to be buried to the waste and stoned to death (never mind he wants to blow Israel off the the planet) and Hugo Chavez – HELLO??????
THESE ARE THE KIND OF PEOPLE WHO WANT BARACK TO BE OUR NEXT PRESIDENT!!! Should that be just a TEENY WEENY LITTLE RED FLAG????

Oh, I forgot. I am just a paranoid whitey who thinks American’s ways are best. Those dictators are probably not as bad as I think they are. They just need some diplomacy. They just need to talk. After all, Like Rosie said, “Terrorists are parents just like you and I.” Never fear, the great B.o. will know how to communicate with them.

The man gives me the creeps. Even a neighbor said he make her stomach turn. I was shocked. Sometimes I feel like a voice crying in the wilderness. (That is a bit TOO much flattery I know!)

This week the great Obama is on the cover of Rolling Stone magazine in a sort of “I am SO COOL” laughter kind of pose. There are no words other than the title of the magazine. As if any are needed, in Joel’s words, “We’re screwed”.

My Mom was shocked cause she knows I think the Republican is a sorry choice and she said, “So you are going to vote for McCain????” And to that I replied, “Mom, my vote is going to be a vote against Obama.”

PS – I did read this to my husband since when I do get a little worked up a I can fly off the handle – I never know who I am going to deeply offend — Loyal readers, beloved family or longtime friends…he was satisfied that I had linked a lot of my facts and when I finally showed him the Rolling Stone cover his exact response was, “Oh, man…(shaking his head sadly) “That’s icky.”