Today in the Kitchen… Venison with Red Wine Sauce 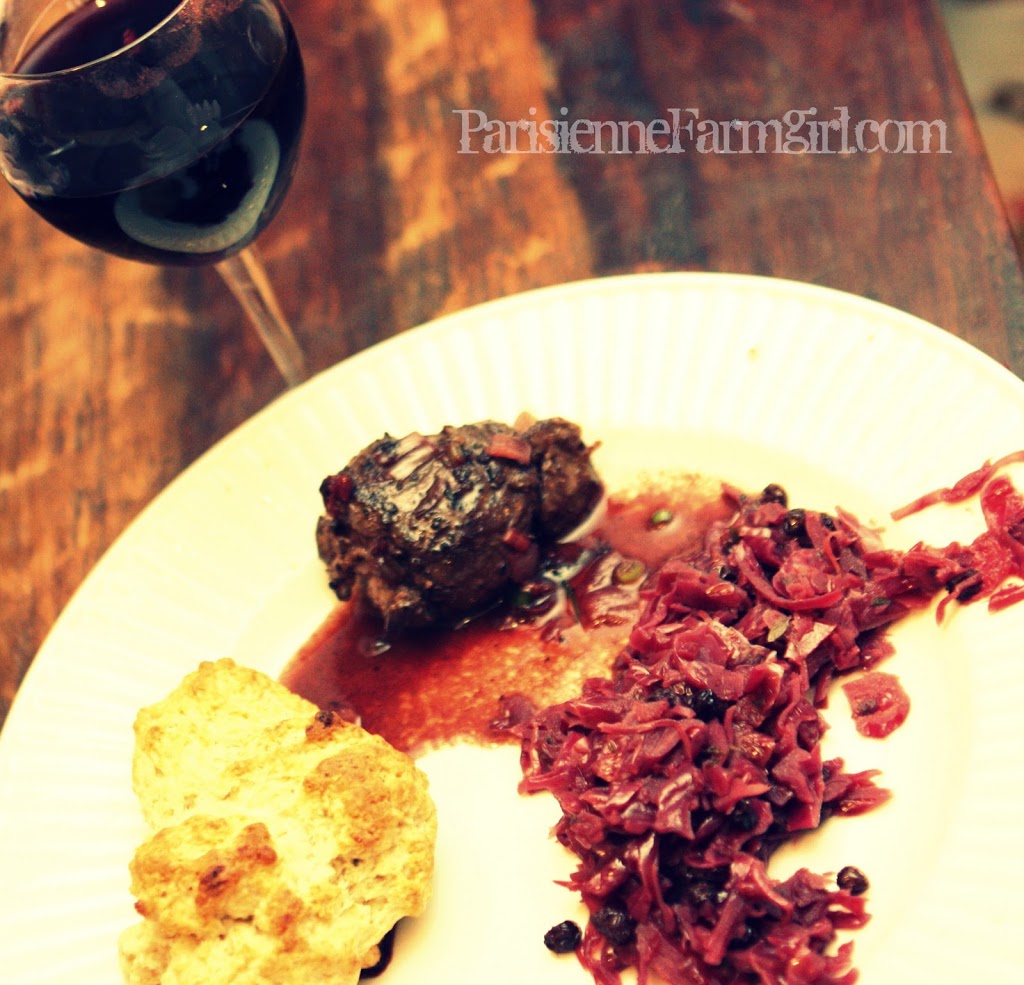 Joel’s not a hunter but my uncle is and we were blessed to receive venison steaks from him a couple weeks ago… I had never eaten venison before, let alone prepared it.  Hmmmm….
We walked in the door from cutting down our Tree… hungry and craving some comfort food.
Don’t you just love Google?
I found this recipe after Googling “Venison Steak Recipe” and was thrilled to see that the accompanying vegetable was red cabbage as I have about seven heads in my fridge from the Potager.  This recipe seemed so timely, so seasonal…
Venison, granny smith apple, cabbage… red wine… currants.
Now, you know, most of the time I tweak quite a bit of any recipe I find but this one I followed (at least the first time) to the letter except for one thing:  I misread the word “scallion” and in my mind I saw “shallots“… which gave the red wine sauce a yummy, sweet taste.  Perhaps it’s was some sort of mental Freudian Slip or synaptic misfire because, truth is, I am completely in love with shallots.  They are amazing and add such a wonderful, unique taste that is specifically their own.  I recently began adding them to my signature vinaigrette (made with 25 year old Balsamic) and wow… wow.)   Perhaps it’s ghastly to use shallots in this recipe but I liked it and the second time I made this I could not bare to leave them out so I used both scallions and shallots.
I made biscuits with herbes-de-Provence and I will feature those in my upcoming “Bulk Baking Week”!
For the Venison you will need…. 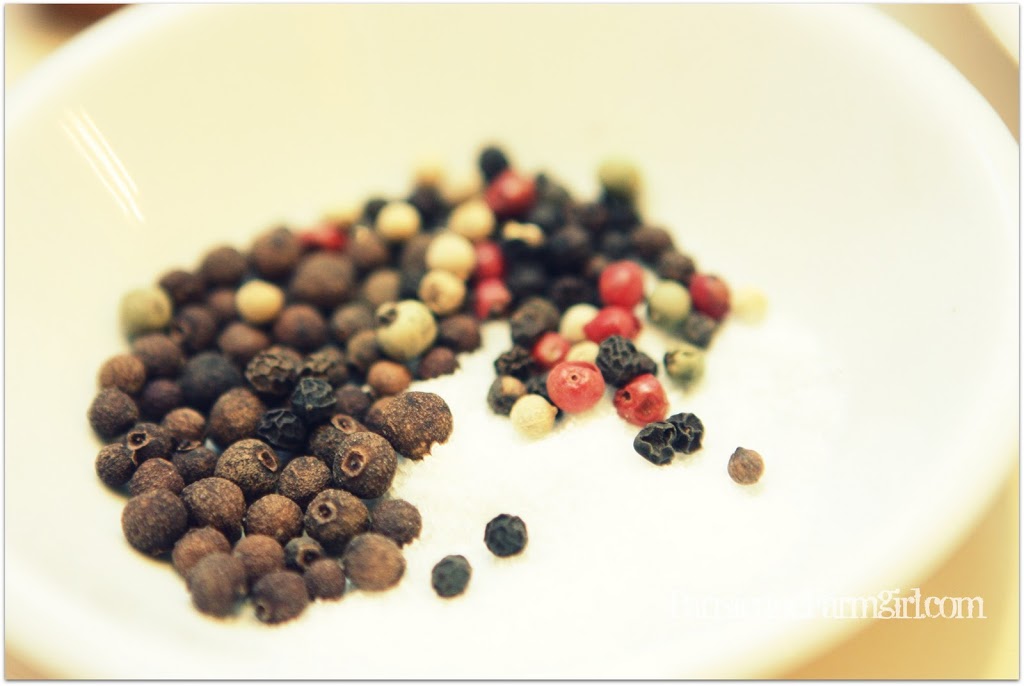 Flatten each steak to a 3/4-inch thickness between 2 pieces of plastic wrap. In a heavy-duty sealable plastic bag or between 2 sheets of wax paper crush the peppercorns and the allspice berries coarse with the bottom of a heavy skillet. Press the peppercorn mixture into both sides of the steaks and chill the steaks, covered with plastic wrap, for at least 2 hours or overnight. 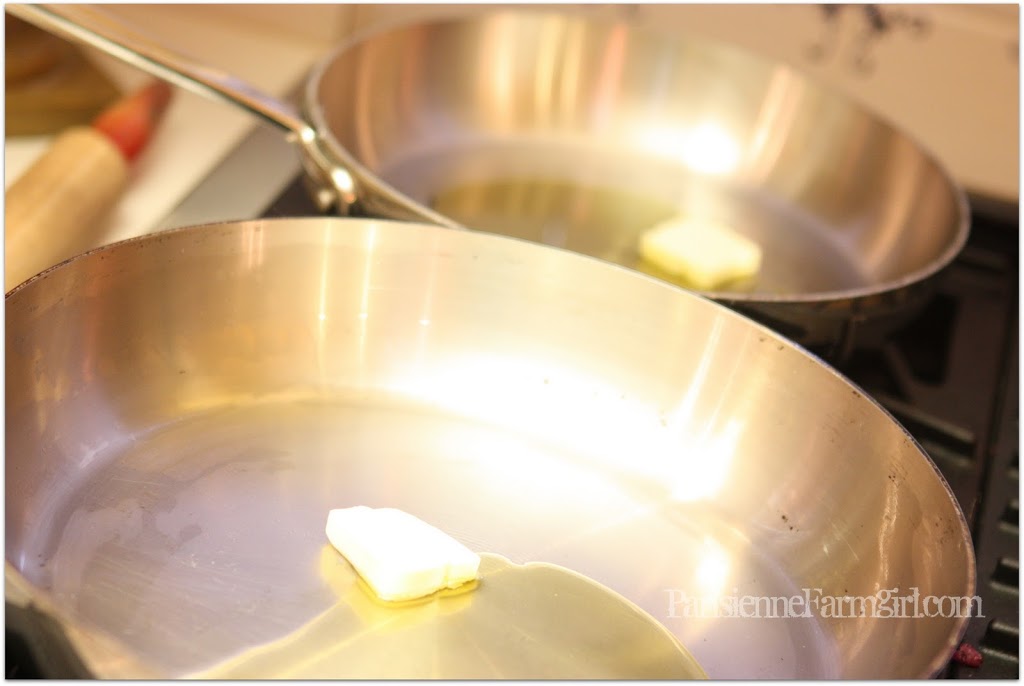 In each of 2 heavy skillets heat 1/2 tablespoon of the butter and 1 1/2 tablespoons of the oil over moderately high heat until the foam subsides and in the fat sauté the steaks, seasoned with salt, for 3 to 4 minutes on each side, or until they are just springy to the touch for rare meat. Transfer the steaks with a slotted spatula to a platter and keep them warm, covered loosely. Pour off the fat remaining in the skillets, to each skillet add 1 tablespoon of the remaining butter and half the minced white scallion, and cook the scallion over moderate heat, stirring, until it is softened. Deglaze each skillet with 1/2 cup of the wine, scrapping up any brown bits clinging to the skillet, and pour the wine mixture form one skillet into the other. Boil the wine mixture until it is reduced to a glaze, remove the skillet from the heat, and whisk in the remaining 8 tablespoons butter, 1 tablespoon at a time, adding each new piece just before the previous one has melted completely. Whisk in the scallion green and salt and black pepper to taste. Divide the red-cabbage confit among 8 dinner plates, arrange a venison steak over each serving, and spoon some of the sauce over each steak.

For the Red Cabbage Confit…. 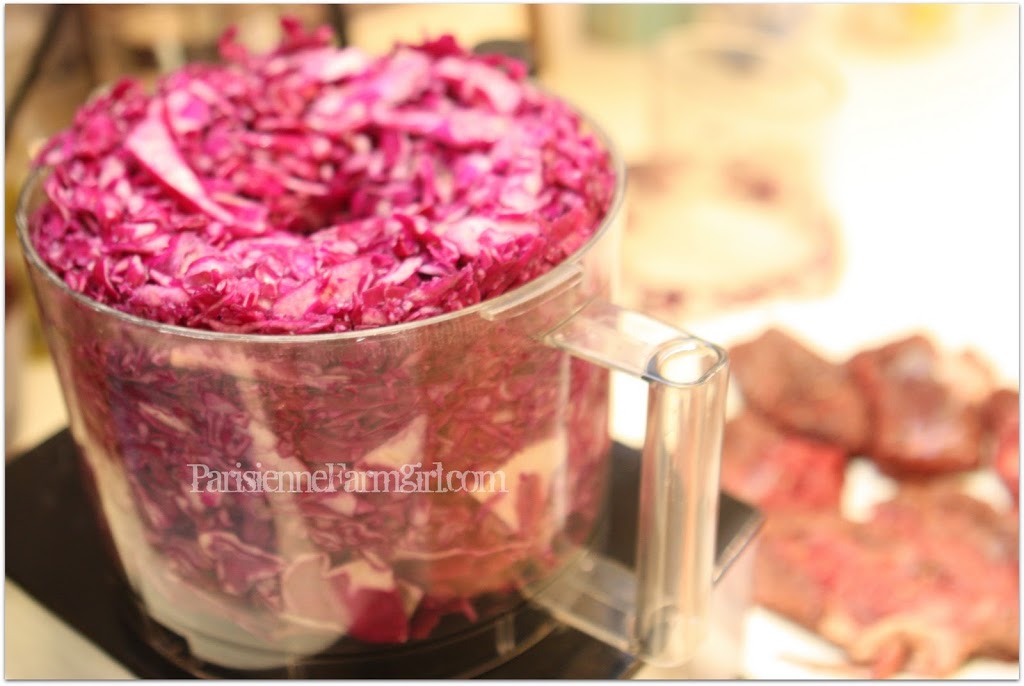 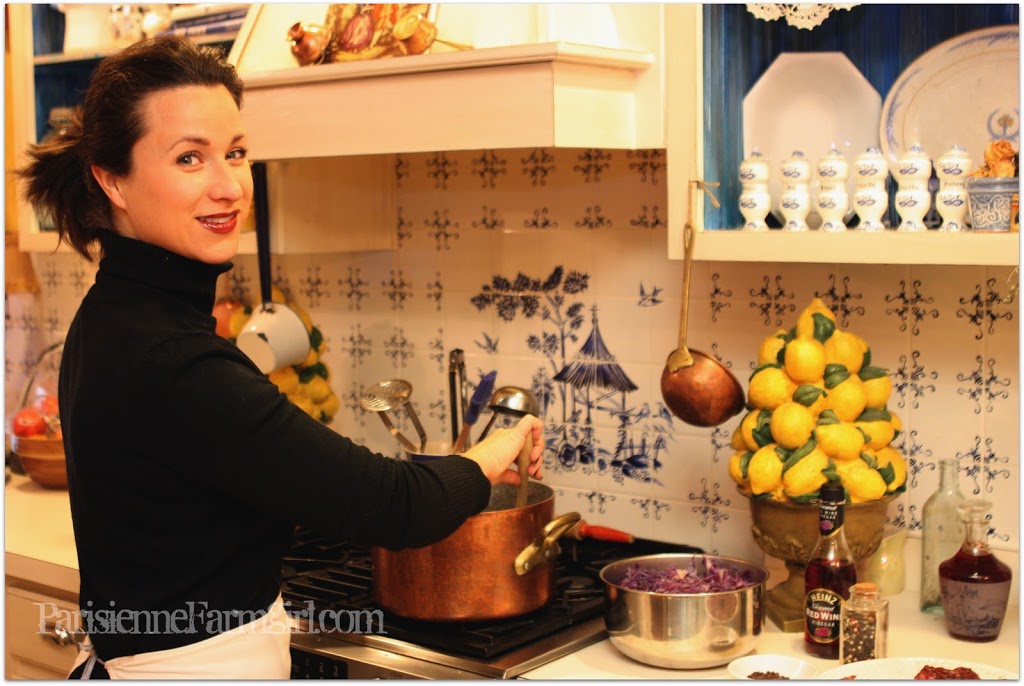 In a kettle of boiling salted water blanch the cabbage for 2 minutes and drain it. In the kettle, cleaned, cook the onion, the bay leaf, the thyme, the allspice berries, the garlic, and salt and pepper to taste in the oil over moderately low heat, stirring, until the onion is softened, add the cabbage, the apple, the wine, 1/4 cup of the vinegar, the sugar, and 3/4 cup water, and bring the liquid to a boil. Simmer the mixture, covered, stirring occasionally, for 30 to 35 minutes, or until the cabbage is tender, discard the allspice berries, and add the currants. Simmer the mixture, uncovered, stirring occasionally, for 10 to 15 minutes more, or until most of the liquid has evaporated, discard the bay leaf and the garlic, and season the confit with salt and pepper and the additional vinegar. The confit may be made 2 days in advance, kept covered and chilled, and reheated just before serving. 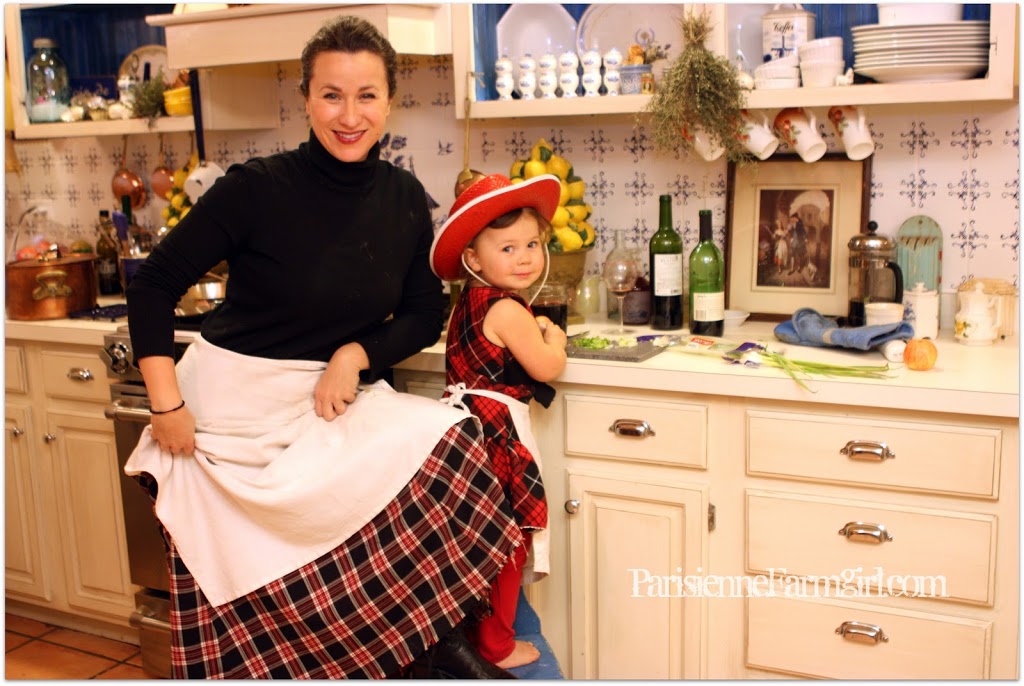