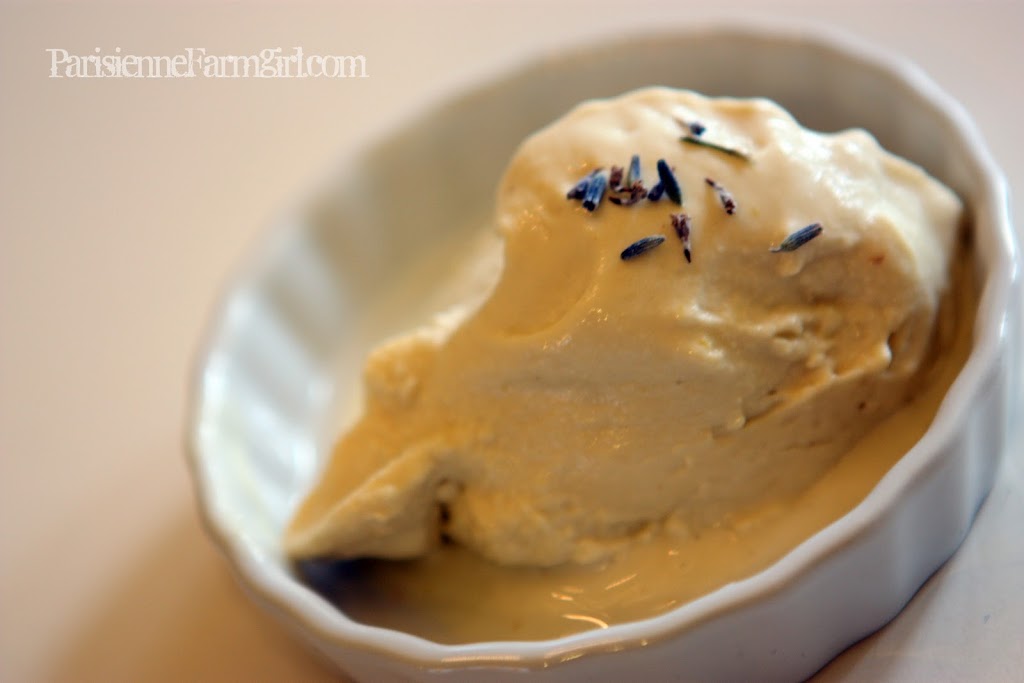 Since I haven’t given much thought to the science behind the making of ice cream there is no way I was going to “tweak” the recipe that I found and “make it a bit more my own” like I like to do when I find and try a recipe online.
This has been lifted straight off good old MarthaStewart.com
Martha.  Martha.  Martha.
At least the pics are mine.
So are the eggs 🙂
This afternoon I am on the hunt for a turn of the century white cake recipe – going old school.  Speaking of school…. gotta love Homeschooling on weeks like this.  No rush to get out the door in the morning and we cram in a lesson any time I don’t have a baby or a wooden spoon in my hand.  Kiddo is reading words as of last week too!!!!
Gotta run girls!
PS – I love lavender but even I think this is a bit strong.  If you think it tends to taste too medicinal you may want to half the amount of lavender buds recommended!
Bon Appetit! 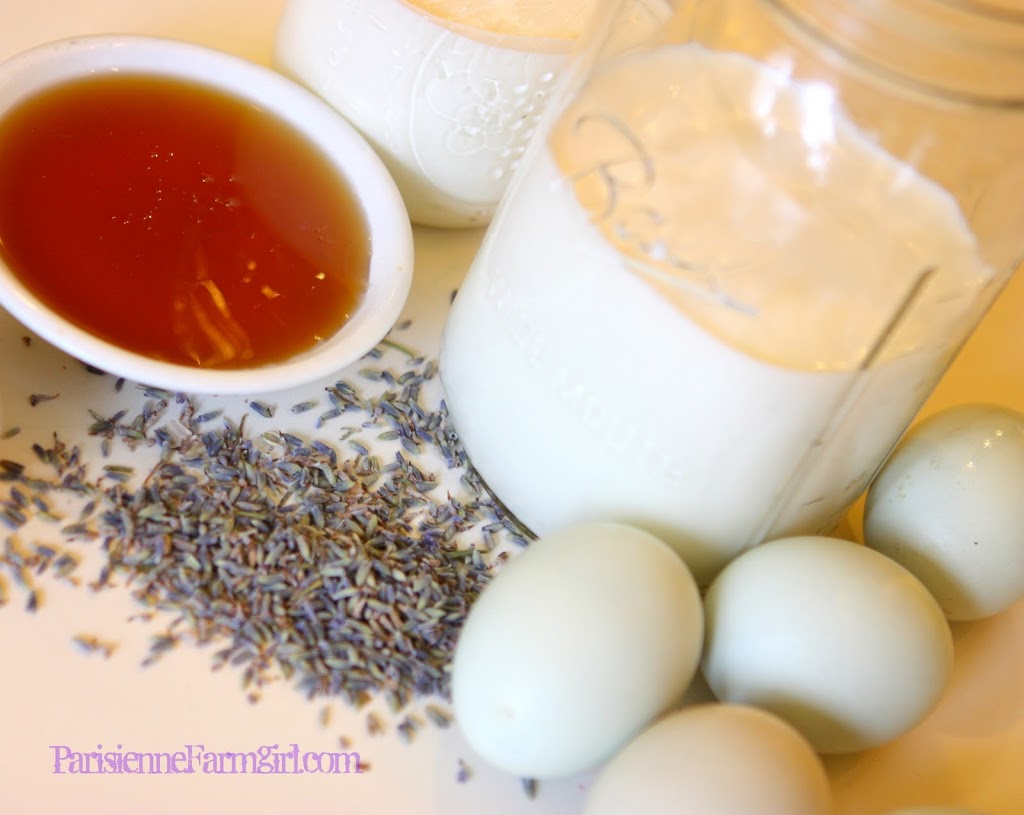 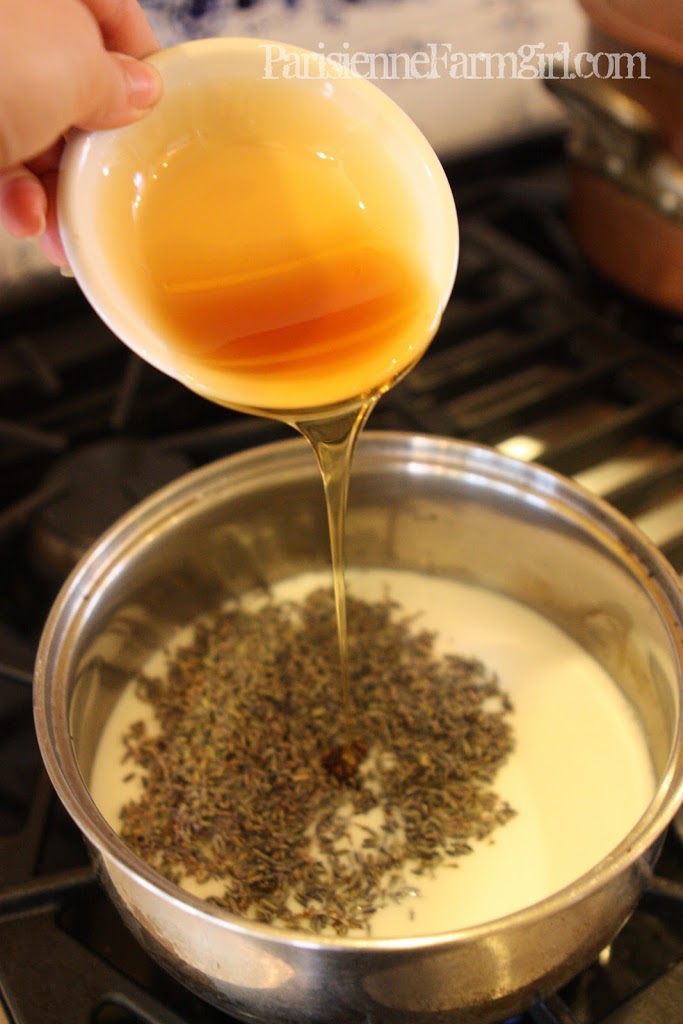 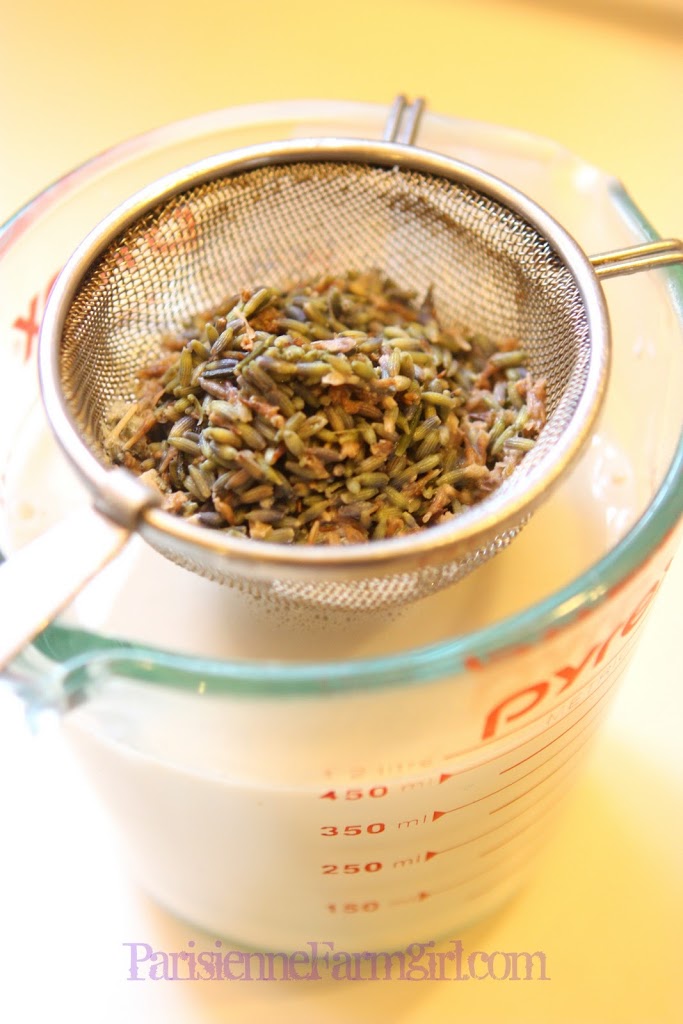 2.  Combine egg yolks and sugar in the bowl of an electric mixer. Beat on medium-high speed until very thick and pale yellow, 3 to 5 minutes. Meanwhile, return milk to a medium saucepan, and bring to a simmer over medium-low heat
3.  Add half the milk to egg-yolk mixture, and whisk until blended. Stir mixture into remaining milk, and cook over low heat, stirring constantly, until mixture is thick enough to coat the back of a wooden spoon.
4.  Remove from heat, and immediately stir in cream. Strain mixture into a medium mixing bowl set in an ice-water bath, and let stand until chilled, stirring from time to time. Freeze in an ice-cream maker according to manufacturer’s instructions. Store in an airtight plastic container up to 2 weeks.