Potater Week 3… Loss on the Farm 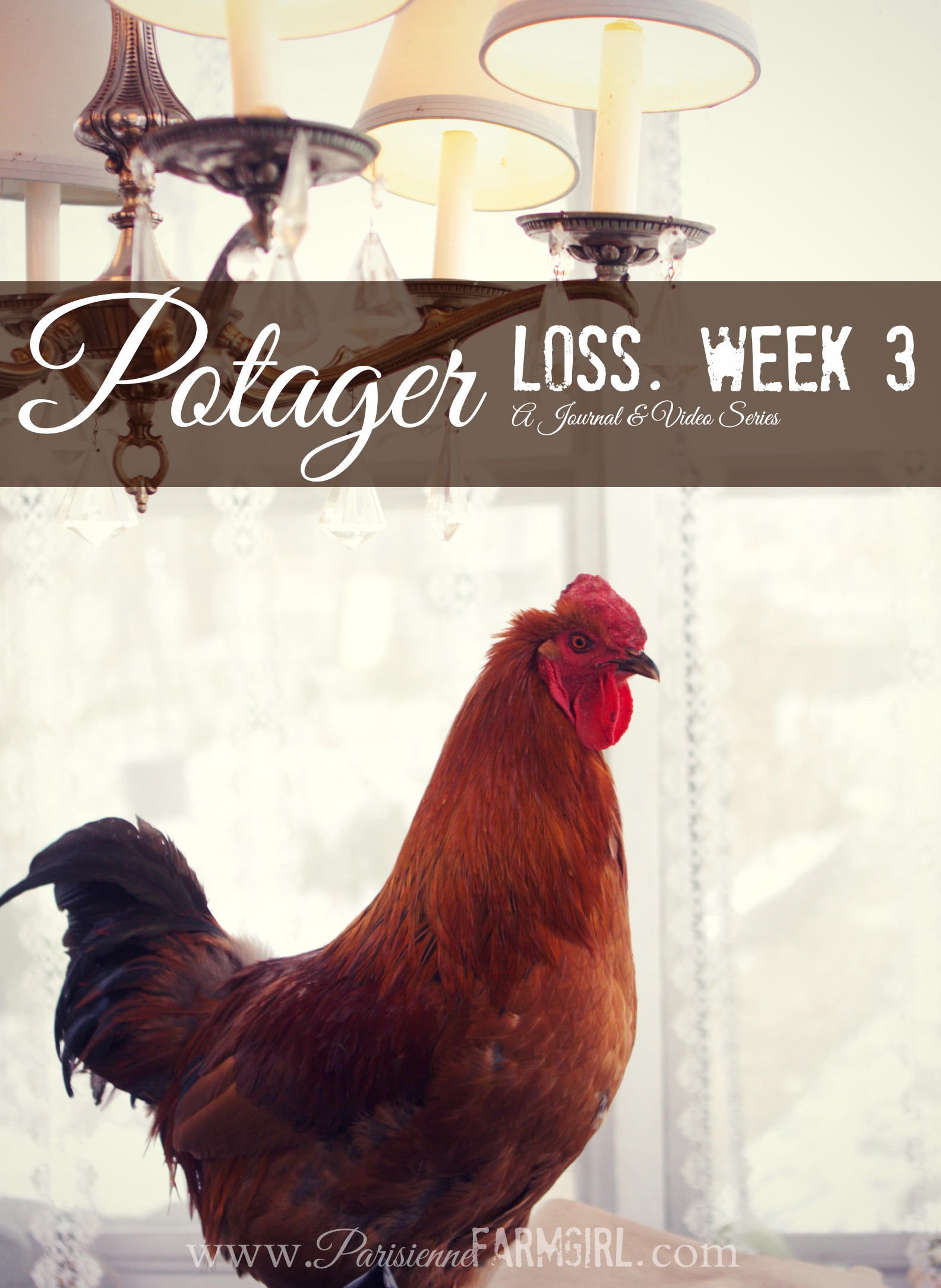 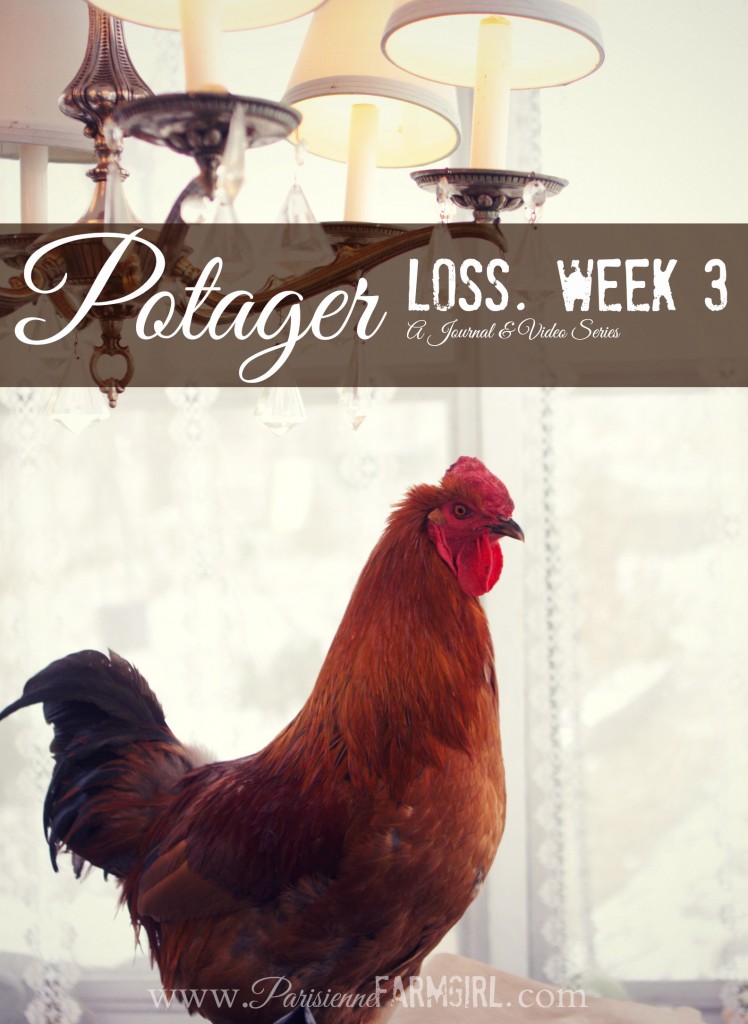 In fact, hubby and I have come to the conclusion that if it’s not hard every single day… you must be doing something wrong. (Like letting stuff slide that shouldn’t).

I need to write more on this.

Getting out the door is a marathon.  A total.  Absolute.  Marathon.

It’s responsibility training, patience practice and a feat of unspeakable talents all rolled into one.

We’ve recently stepped out into the world of sports for our nine year old boy.  Yes, he’s late to the game.  Pun intended.  But I am not a believer in the family being slave to the sports schedule.  (I need to write more on this too).  But I am a believer in raising well rounded children and sports was missing from the equation so yes, we forced him to try just ONE season of Little League too see what how he would like it.

So suddenly (though only for about 6 weeks) I find myself loading up the tank three times a week to dash off to some later afternoon/evening event be it ballet, church group or now baseball.   Loading up the tank is NOT a part of mothering that I particularly relish.  It’s a battle of mis-matched shoes, lost hair brushes, last minute diaper changes and animal waterers that need to be re-filled as we are pulling down the lane.  And in those few short moments I can lose all perspective, all grace, all semblance of being a loving mother and I can, and often do, turn into Banshee-Momma.  Beware the screaming Banchee-Momma.

Well, I was in said banchee mode as I broke a sweat trying to adjust seat belts and wrestle a defiant 20 month old once again into her car seat.  Chickens were underfoot and I carefully did my job trying not to soil my shoes on fresh chicken manure.  I was hot to trot.  Fit to be tied.  And ready for a glass of wine.  I was packing them up to a baseball practice that we would have to leave early for to get to church group late.  Such is this short chapter we are in.

I strapped in my seat-belt and tried to calm down.  I put it in reverse and we heard a LOUD… POP!  And we all laughed as we realized I had rolled over a strategically placed water bottle.  It diffused the stress slightly and I slowly continued backing down the lane.  As I was looking back over my shoulder out the rear window I heard Aidan exclaim, “Cock fight!” and I looked forward to see our beloved rooster Maximus thrashing around in the driveway, right where I had just driven.

I threw the truck in park and told everyone to stay put as I ran down the drive screaming at the vulture chicken bitches swarming him and already pecking at him.  I kicked one away as I horribly saw the blood pouring from his neck and his eyeball fluttering.  Oh God it was horrible.  My beautiful Maximus.

My first rooster ever.

I stooped over him weeping uncontrollably.  I had lost all composure.  For you see, I was sure that in my Momma-fit…  In my stress in getting out the door I had run over our favorite rooster.

I sobbed.  I stroked him and begged him to die.  Please God, I cried.  Please make him die.  I ran inside desperate for a gun (we use high powered BB guns for times like this).  One had no CO-2.  And the other gun Joel said I would never be able to cock.  In my dismay I had no idea where the bullets to the real gun were.  I was a pathetic wreck.  I hated myself for not having a way to put him down.  What a farmgirl LOSER.  I hated my cowardicefor not just being able to hit him with a shovel like my Grandpa would have.  (I know you think I’m crazy if you’re not a farmgirl yet… you change on the farm.  Really  you do.)  All I wanted to do was put this beloved animal out of his misery.  But I couldn’t.  So instead I sat in the driveway with a truck full of kids watching and I sobbed like a stupid fool.  I could hear him wheezing and with each breath I hated myself worse.  My eyes stung.  And so thinking he had just a few moments left I gently scooped him up, put him in a nearby rubbermaid and put him where he could not be scavenged and… I continued on to baseball practice.

The entire way I sobbed and the entire way the children tried to convince me that the only thing we ran over was the bottle.

Joel met up with us (he was updated thanks to a sobbing, frantic, phone call) and together we continued on to church group.  When we came home later that evening we quickly tucked the kids on bed and prepared to bury our once noble rooster.  To our horror he was still alive and trying to stand only to collapse again.  One eye was missing, one was shut.  We toyed with stupid, childish, Hollywood notions that we could have a kind, gentle, blind rooster… but he had been punctured in the neck during the fight with Lord Grantham… it turns out… my guilt was relieved… I did not run him over.  His entire body was intact.  He would not eat.  He could not drink and so, with our hands on him we thanked him for his beautiful songs here on the farm.  We remembered the the grandeur he displayed when he would jump on the fence and announce with the voice God gave him… 6 a.m….1 p.m…. 5 p.m.  We thanked God for him and as my hand rested on his soft, feathered back… Joel put him down.

Even now… two weeks later typing this stupid post I am crying.

“Lifestock is deadstock.”  Says my goat breeder… who ironically gave us Max.

I’m glad I’m a farmgirl.  It’s brought forth things in me I only dreamed of.  And frightenly it’s shown me  even more of my flaws.  Some, I’d rather just never face.  But it’s real here dealing with five children and countless animals.  I’m not cut out for it that is for sure.  And every day is some sort of wonderful or horrible growing opportunity.  The thought of not growing scares me more than another day like the day Maximus died.  God’s mercies are new every morning… for a sinner like me they need to be new every ten minutes.  What would I do without Him.

Thank you God for Maximus.  Thank you for our gentle rooster whose song lit up our days.

Please help me to be gentle and kind to my children you’ve given me… even in the midst of instruction and chaos.

Matthew 10:29-31 “Are not two sparrows sold for a penny? Yet not one of them will fall to the ground outside your Father’s care.   And even the very hairs of your head are all numbered.  So don’t be afraid; you are worth more than many sparrows.” 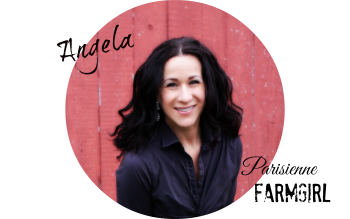 Trying a new feature… Audio version of this post… 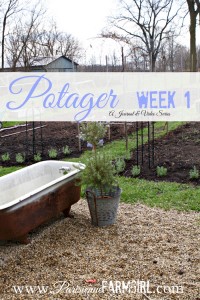 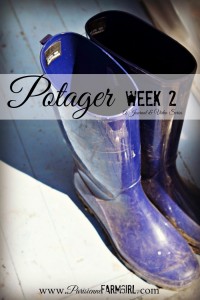 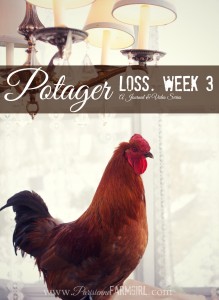