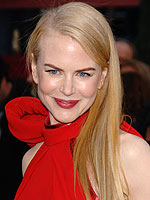 I don’t know where to start. I used to have an Oscar party every year and then, well, it lost it’s sizzle for me. I could look beyond a bunch of crap I did not stand for and enjoy the fashions and credit given to some well deserving films because Hollywood could still put out at least a few movies every year that I could enjoy – these day’s its about one and a half films annually that are worth consumption and the fashions this year were about as dry as an emery board…and the politics – enough with the politics – Just because you are famous does not means you are a voice for America!!! Go give the farmer in Kansas a mic with 6 million viewers – now THAT would be interesting! 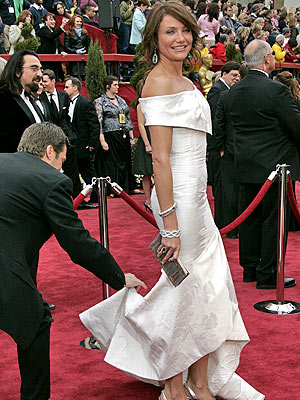 For this glamour puss this years Oscars were the worst ever. There was about ziltch creativity in the gowns and hair – if someone was asking (and you are, since you’re reading my blog) I give Helen Miren and Reese Witherspoon best dressed by far (not far behind, Rachel Wiess, Nicole Kidman and Cate Blanchet!)- Camerson Diaz needed a steamer and Jennifer Beals dress looked like it was pret-a-porter (simply put, “off the rack”) from J.C. Penny’s! Meryl Streep should have been told this was the Academy Awards and not a Black Belt Ceremony. She forgot her meditation mat and concrete blocks. 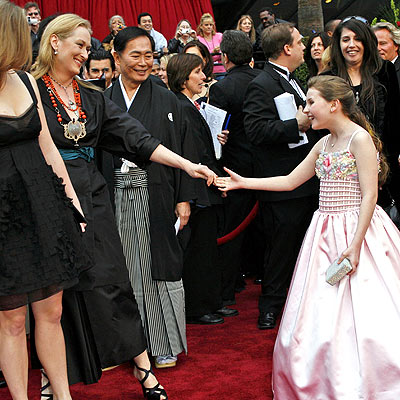 I don’t know what was worse, watching Melissa Etheridge (Or Saint Etheridge as P.B. says) sing a song about Global Warming with messages flashing behind telling her me how to pray or watching Leo DiCaprio fawn all over Al Gore – I mean why didn’t he just start making out with him and get it over with?
I had to turn it off after Al Gore won. I had thrown up. He won about a theory while it looked like other films makers had made very interesting pieces about poverty and other social issues that people are 100% in agreement on are happening (like poverty stricken people living off of garbage).
Ellen is a funny gal but the 3 minutes they gave Jerry Seinfeld stole the show (if there was really a show to be stolen).
At least Marie Antoinette won for best costume design – all inspired by French pastries no less. The woman who won, well, her speech was the most sincere and unaffected one of the evening.

And the biggest upheaval of the night…For Happy Feet to win over Cars? Unacceptable.

Photo credit (I am embarrassed to say: People.com)