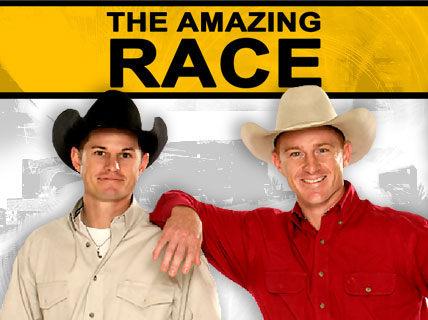 Being Easter Joel had the night off so we plugged in the telly instead of waiting ’til cbs.com tomorrow…

“Bummer” or should I say, “Shucks” does not even come close.
Sorry – call me a looser but I got tears in my eyes. 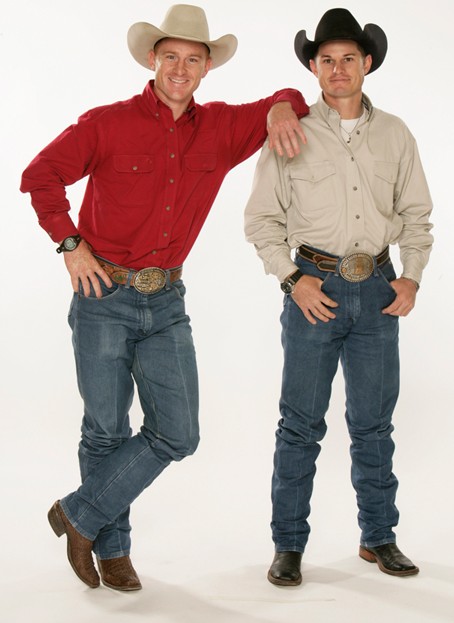 Tonight – by no fault of their own The Cowboys, brothers Jet and Cord got eliminated off The Amazing Race.
I am not one to wave the “not fair” card…
After all, we have a saying in this house…
“It’s not Show Friends, it’s Show Business!“
But that doesn’t take the sting out tonight. 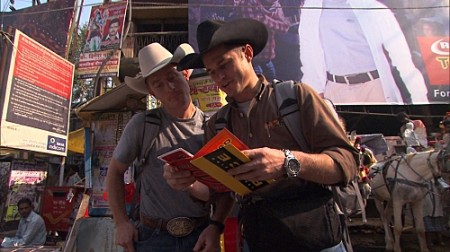 Poor Jet botched his kilometer guess of his moped travels thru Lichtenstein and just about EVERYONE ELSE would have too had one person not shared the correct answer… causing it to spread like wildfire… no one told Jet though…
Then, horror of horrors,
The Cowboys got U-Turned
and that was that. 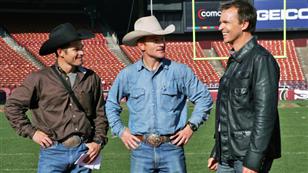 Now the bizarre Mallory (and her cool, kind Dad) and the effeminate Kent (And his pink haired, Amazon, pitiful, could-pick-him-up-and-toss-him-and-should girlfriend Vixen) are going to have a chance at a million dollars. 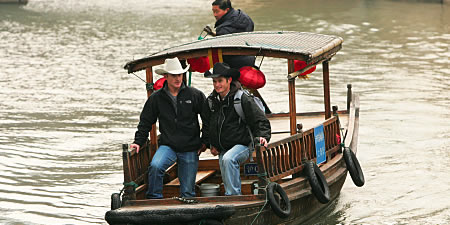 Joel and I rooted for The Cowboys last year and did again this year as they took their second chance.  We thought the idea of those hard working, God fearing, nice boys taking  a million dollars back to their wives and babies back on the ranch sounded really sweet.
Sigh.
They were the real deal.
I wouldn’t even be mad if the producers gave them a third chance.
They were fantastic competitors.
The best ever in fact and I know the other teams breathed a sigh of relief when the realized that they were gone.
So now, still in shock all I can say is,
If Kent and Vixen win I’m gonna barf.
She should take the million all for herself and run for the hills.