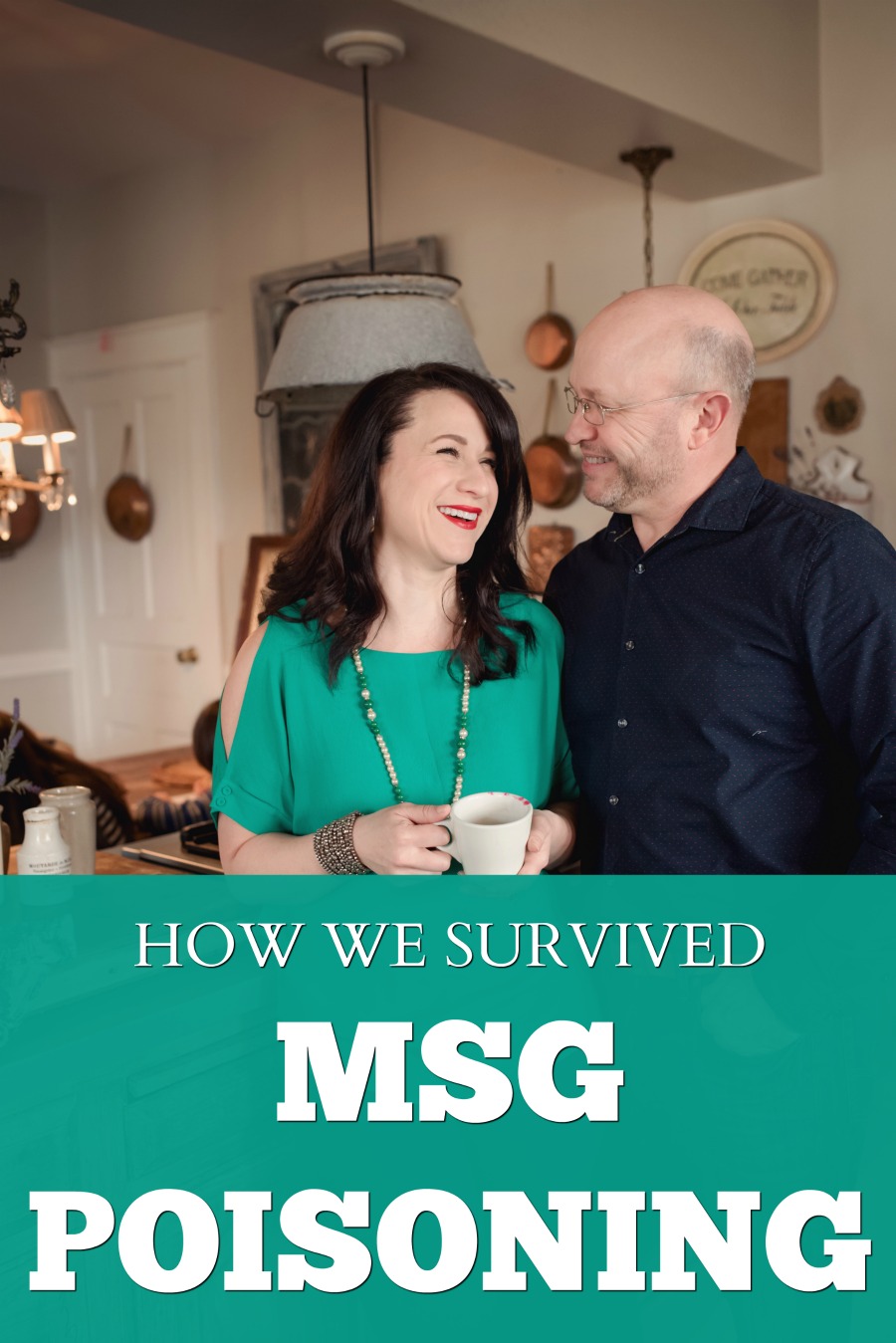 MSG Poisoning. If you’re reading this, you’re probably freaking out like I was… How long does MSG poisoning last?

Don’t worry. There is hope.

To my loyal readers, allow me to pause from my typical French farm inspired content and share this incredible story with you…

We went out for dinner yesterday. Lunch rather, after meeting up with my sister, her hubby and my niece at Home Depot.

We never go out to eat.
Seriously.
Never. But yesterday was an exception.

An exception I wish I would have never made.

There is a fun place in the Chicago suburbs; dark, cozy, good burgers and the kids love it.  As we sat down my sister and I made snarky conversation pretending to ask the waitress if their beef was grass-fed and organic, Yeah, cause we won’t eat conventional beef or GMO filled beer… but we’ll mow on your processed food, MSG-laced popcorn all afternoon. I joked. My sister, bursting into laughter.

Turns out. Not so funny.

Can you really have an MSG overdose?

We got home, spent the evening together as a family and commenced the tuck-in hour with the kids, during which I began to feel dizzy, just slightly; but it began to get worse; so much so that I wondered if I was imagining things.  I almost asked the family if they thought there was an earthquake.  Then I felt a flutter in my heart as I leaned over the baby to change her diaper but again, I brushed it off and thought, Surely my heart did not have a palpitation.  I must really be imagining things.

I noticed I was stumbling as I walked.

This is ridiculous. I thought. I then actually tumbled down in the hallway. Not a hard fall, but I ended up on the floor.

I went into Aidan’s room where all the children were goofing around like little ones do at bedtime and tried to explain what was going on. My husband Joel confessed he felt a little weird but he didn’t expand on it. We were in the mad rush of parents who simply want some peace and quiet at the end of a long day. We didn’t continue on the subject but proceeded to tuck the little ones in bed. It was just so odd and I expected it to go away at any second.

I laid down with the baby to nurse and the room began to spin as though I had had a couple too many glasses of champagne. Seriously. Was my nervous system going haywire? I began to panic! The chandelier above the bed was zooming by over and over again. I laid very still, praying for it to stop, nursed her into cosy oblivion and made my way down the hall to the kids’ quarters to pick out the next day’s clothes and kiss them goodnight.

I tried to convince myself that I felt a little better but standing in the girl’s closet to select their church clothes, I felt it again; I stumbled over to their beds and quickly sang to them and kissed them goodnight;  I fell over onto Juliette’s bed and began to get a bit nervous;  I scared nine-year-old Amélie.

What the heck was wrong with me?

The ceiling was going round and round in circles. It was a ride and I wanted OFF.

Score one for the parents. Five children tucked in for the night. I went to the couch and slumped down and things began to get worse. The room wobbled and my legs got really heavy. My arms did not want to function, my heart fluttered again in my chest and I slouched over, very tired, to one side.

I actually had the thought, I wonder if I am going to die? Joel then told me that when he woke up from snuggling with the boys he laid there thinking he was going to have a panic attack. He said he could hear his heart in his ears and his hands were swollen. He had pressure across his forehead. We each took the other’s pulse. Faint and then surging.

What the hell was going on?

Do you think it’s something we ate? Suddenly, I exclaimed, The popcorn!

That popcorn had to be covered in MSG food additive flavouring. The pub had served it before the food and we ALL had munched on it with very little self-control. I remembered noticing there was this yellow goop on the roof of my mouth at the table that afternoon.

It was so disturbing that I discretely stuck my finger in there and scraped my nail across the roof of my mouth to get rid of it.  I mentioned this to Joel as he began to Google “MSG poisoning” and he said he had done the SAME thing at our lunch outing!

I called my sister said they felt fine but she confessed that perhaps it’s because they go out to eat a lot more than we do. Perhaps they were more used to it or not as sensitive as us.

Joel found a list of the signs of MSG poisoning…

Here’s what we read on NaturalNews

The following are some of the symptoms you may develop from eating food laced with MSG. Headaches, numbness, dizziness, burning sensations in the neck and chest, tingling nausea, palpitations, elevated blood pressure, difficulty breathing, panic attacks, sleepiness, depression, confusion, cognitive disorder, and food cravings are common symptoms for sensitive people.

I have always noticed my heart racing in the middle of the night if I have Chinese Food or food containing MSG which is why I avoid it like the plague at all costs. I don’t know why my judgement lapsed so poorly yesterday but I sure paid the price.

(Looking for a delicious, popcorn snack you can feel great about? Check out my popcorn recipe here)

Here’s what we did to feel better:

We each took a 1/2 teaspoon of cream of tartar in eight ounces of water and just quietly watched an episode of Sherlock waiting to feel better. I finally began to drift off and went to bed.  Slightly dizzy. Joel stayed up.

Our sweet Hoolie woke up in the night twice screaming from neck, face and shoulder pain.  She’s only four but her odd pain complaints made me wonder if she too was suffering the effects of the neurotoxin. I applied Frankincense oil and Cilantro oil with a carrier to the bottoms of her feet and comforted her back to sleep.

I did this combo because of the amazing results I had been having in other areas of neurological concerns with Frankincense and because I knew that Cilantro oil was incredible for detoxing.

The next morning Joel felt better. I was horribly dizzy when I woke up and my face was terribly puffy. To further my detox I took an Epsom salt and Cilantro oil bath wishing I had done that right away the night before.
So here’s the deal – MSG is in SO MANY THINGS and it doesn’t have to be labelled MSG which is why you need to steer clear of so many, dare I say most packaged foods.

MSG is a NEUROTOXIN and is VERY dangerous. If you suffer from migraines I would ELIMINATE this from your life… I would eliminate it anyways!!!

Give your nervous system a BREAK.

The chart below is from Dr. Mercola. A go-to source for our family. We made these food additive changes years ago which is why I think exposure this time around affected us so strongly.
To be on the safe side, you should also know what ingredients to watch out for on packaged foods. Here is a list of ingredients that ALWAYS contain MSG:

These ingredients OFTEN contain MSG or create MSG during processing:[10]

We have found that major brands of infant formula, if not all infant formulas, contain some processed free glutamic acid (MSG). The hypoallergenic soy formulas contain very high levels of MSG. See www.truthinlabeling.org/formulacopy.html for further detail.

Look at that list and see if most of your pantry doesn’t end up in the trash!  Geesh!

This horrible experience firmed up our healthy, processed food free life convictions, gave me more respect for my oils. And I will NEVER eat popcorn that I didn’t pop on my own dang stovetop again!

I know this was a long post but I hope it can help you and your family. If you need any help with essential oils for your families health support do let me know or visit here.

Let’s all agree to stay away from flavour enhancing food additives and packaged foods! 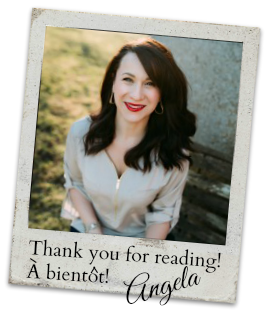 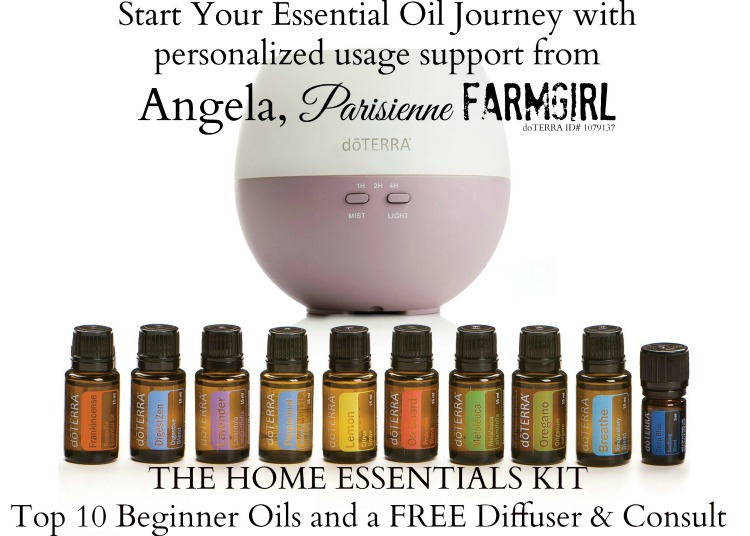