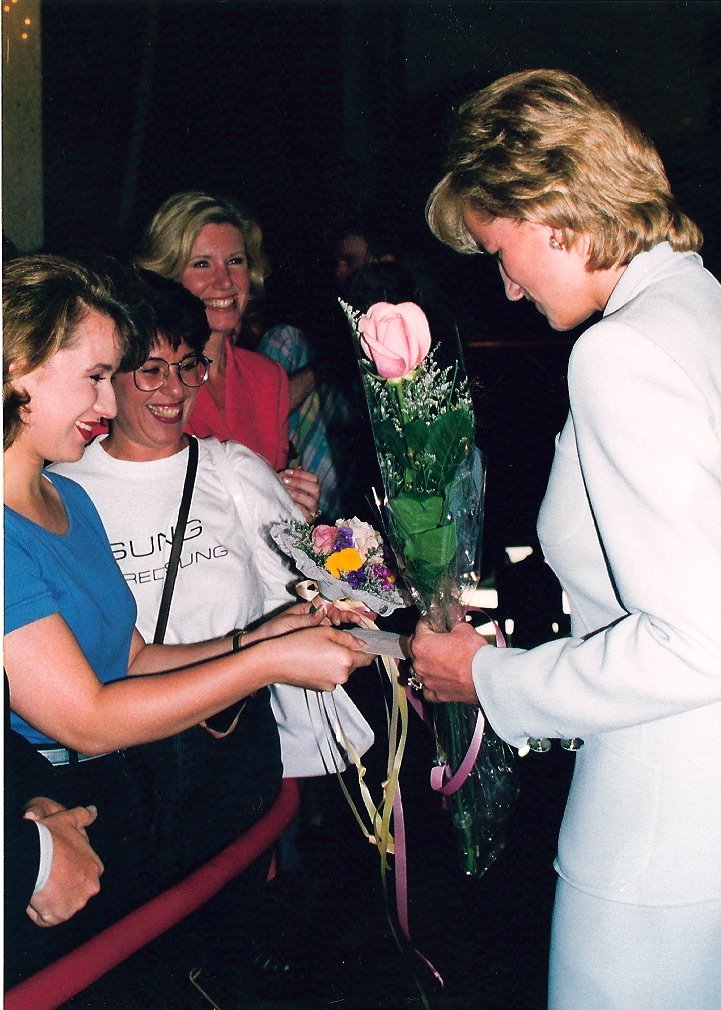 “Excuse me, What does your license plate mean?”

1981, She was twenty (barely) and I, five. Before the birds sang Momma came to wake me to watch our Lady become a Princess.

1997, She thrity-six (barely) and I, twenty-two. The birds had already began to sing as I came crawling out of our tent on Labor Day weekend, with odd-behavior family began to crowd around me and as gently as he could Joel told me the my beloved Diana had died in a car accident.

Five days later during a sunrise I will never forget, “When I was a child, I spoke like a child…” her brother passionatly recited and and those attending lifted their voices to the heavens, “I vow to thee my country…”

Sounding obsessed be damned. I loved her so much. As a child, as a women. I wrote her letters, she (via personal assistants) wrote back. I told her Jesus loved her like only a nine year old can. For sixteen years I prayed for her constantly.

In 1996 the ONE dream I had came true. I met her. I touched her. We talked. Briefly, but more than she talked to anyone else that day. I gave her flowers, a petit silver picture frame (to add to her collection back home on her piano), I even found my way to her hotel room and saw the purple Chicago dress being carried across the room before the door was closed.

See, this is why I don’t talk about it. I start to ramble and risk sounding insane instead of passionate and full of love for someone I really felt I knew, someone I truly believed I would someday, somehow know. Not out of obsession. but because I felt it was my duty to share with her God’s love. She seemed to need to know Him so badly. The innocent child in me that wanted to share Jesus with her never grew up. “His Word will not return void…”

That morning camping, I felt robbed. Her children had been robbed of their “Mummy” and for the first time people had to see her for what she was…human…mortal. She was two extremes. So special…a princess, so ordinary…gone.

I’m done. There are no more words. They just get emotional and I feel exposed. I thought this would be good for me to journal a bit. but I don’t like it. I will publish it however because it is good to be known. It is good to be vulnerable. Mom said it all so much better, all the fun details of that day in June of 96.

I still love her. And I still miss you Di.