The Lotus Eaters and Laura Ingalls. 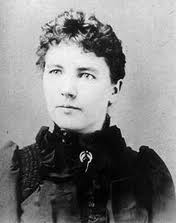 I am in no uncertain terms
a Laura Ingalls junkie.

She is the original pioneer woman and she is a such an extreemly important person in the documentation of American life during the 19th and 20th century.
She is wise, descriptive, tender, feisty… I can’t get enough of her writings for children and adults. I’ve simply GOT to get my hands on some more of her writings I only have have one other book besides the children’s series, Little House in the Ozarks, and it’s fabulous! 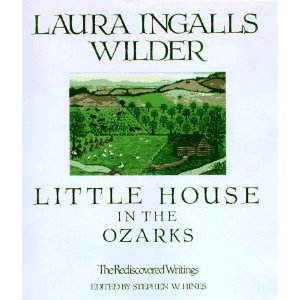 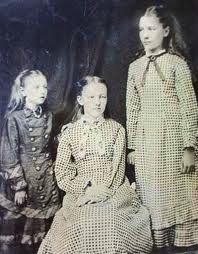 If you’ve never read her or it’s been eons then simply start with the Little House series again… by the time you get to the point where Laura is a teenager it becomes trés romantique!!!

I read the Little House children’s books a million times when I was a child.
We began reading them to Aidan when he was four and we are on our third reading of them – We are on Little Town on the Prairie so we are almost done again. We got a brand new set from the kid’s Aunt Becky this Christmas – we were THRILLED! 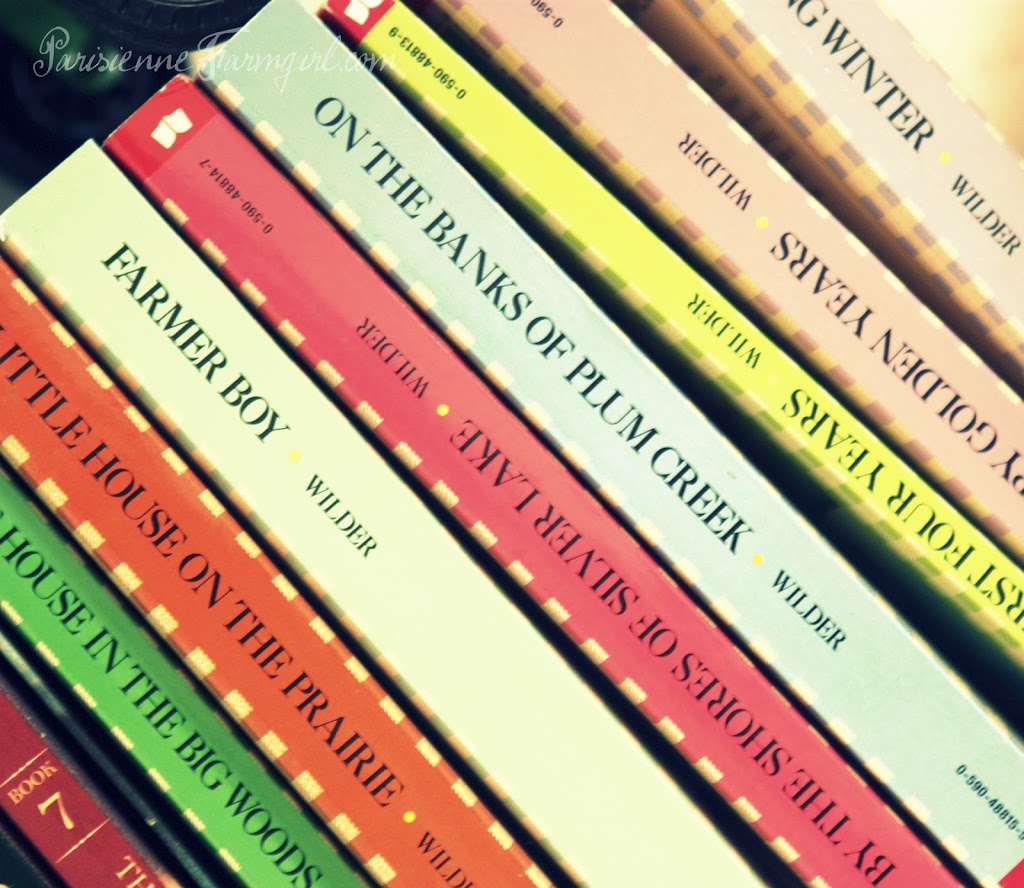 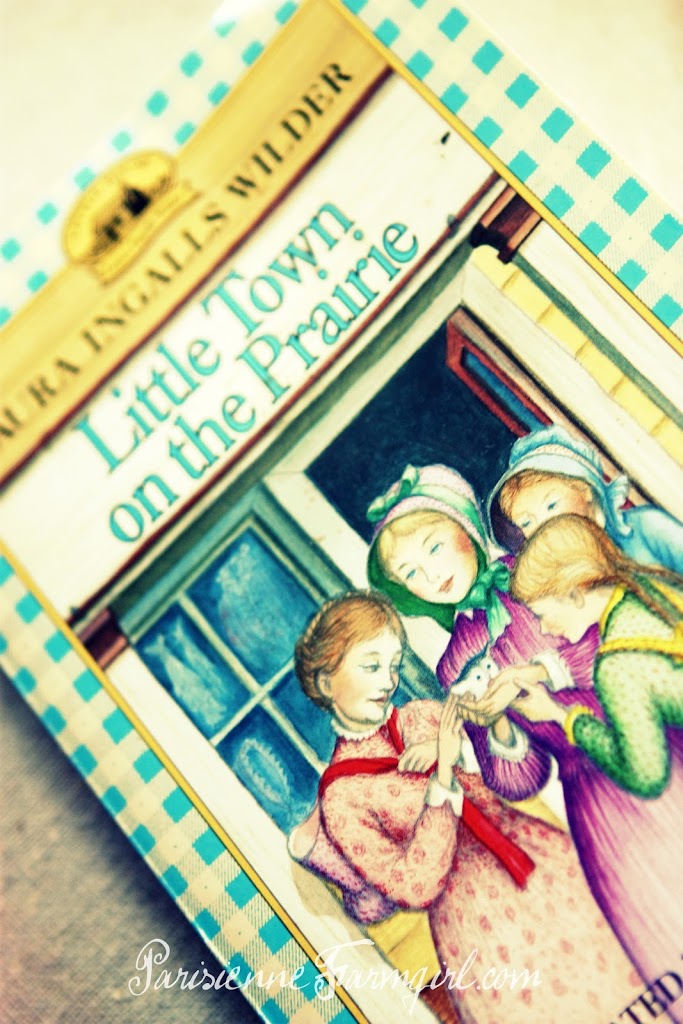 The other day we were reading the familiar passage where Laura’s character,
her Godly, moral character is revealed to us yet again.
Ma and Pa have recently taken Mary to the college for the blind and winter is right around the corner. Though they don’t expect it to be as brutal as the previous “Long Winter,” they do decide to move back into town for the winter just to be safe. Laura is packing and reaches into a drawer only to discover the most beautiful green book with gold leafed edges. We have to remember they were VERY poor and it’s like nothing she has ever seen. The front says Tennyson’s Poems and she turns to “The Lotus Eaters”
Enthralled she begins to read hanging on the authors every word until she realizes this is probably a gift for her for Christmas. She slams the book closed, horrified that she could take the joy of giving the book away from her beloved Ma. She is haunted though by the words that she was unable to finish.
Read this passage in the photo if you can… 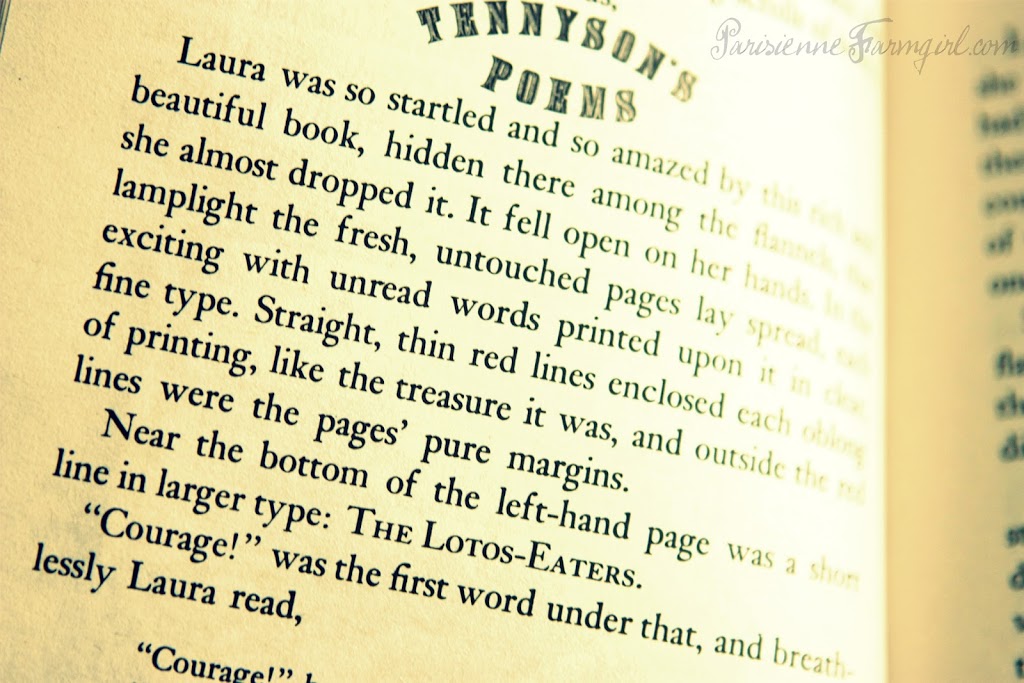 As Joel read this passage the other day I shouted, “Stop!” and I ran into the other room, frantically looking for something.
I returned holding a green book, with gold leafed edges – the cover reads Tennyson’s Complete Works – Copyright, 1877! 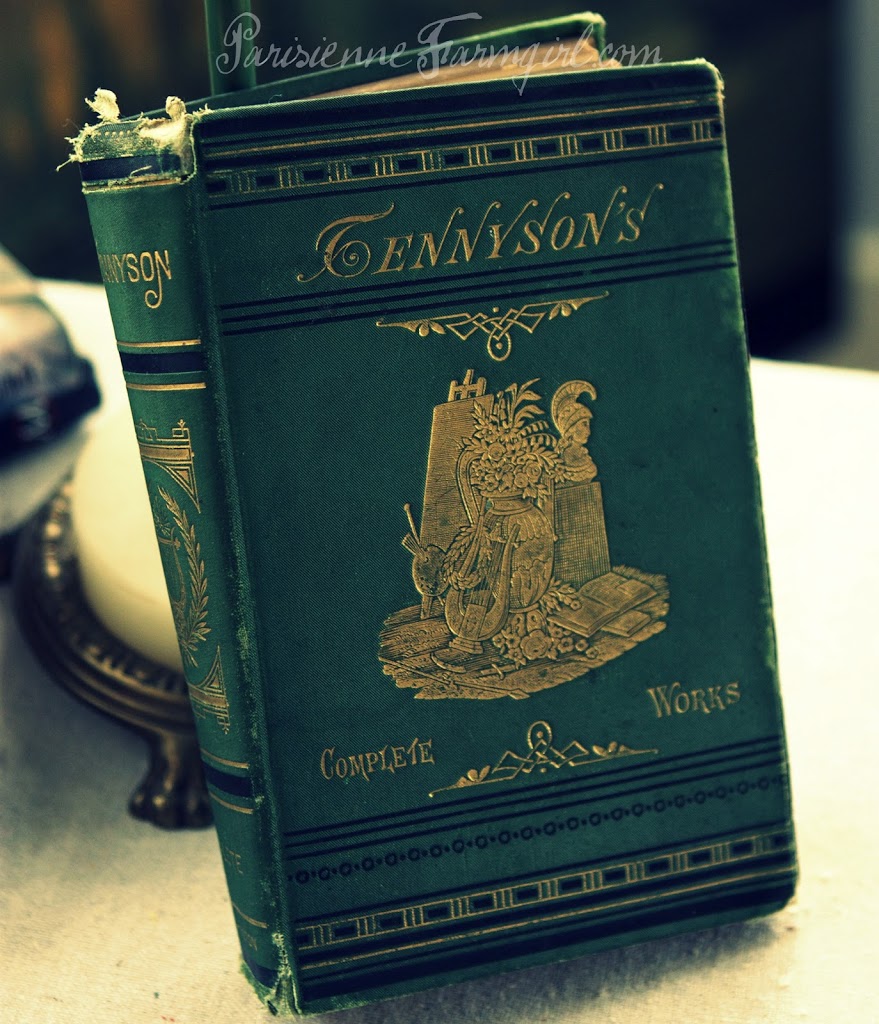 I opened it up and it looks EXACTLY like the book Laura is describing. Red lines framing the pages… I showed the kids. We were giddy. We turned to The Lotus Eaters and we had goosebumps! It was just so awesome to see that we had in the house something so close to the exact book that Laura had received as a gift so many years ago. It just brought everything to life for the kids. Just like it’s going to when we start to visit her homes that are throughout the Midwest (we hope to start with one this summer). 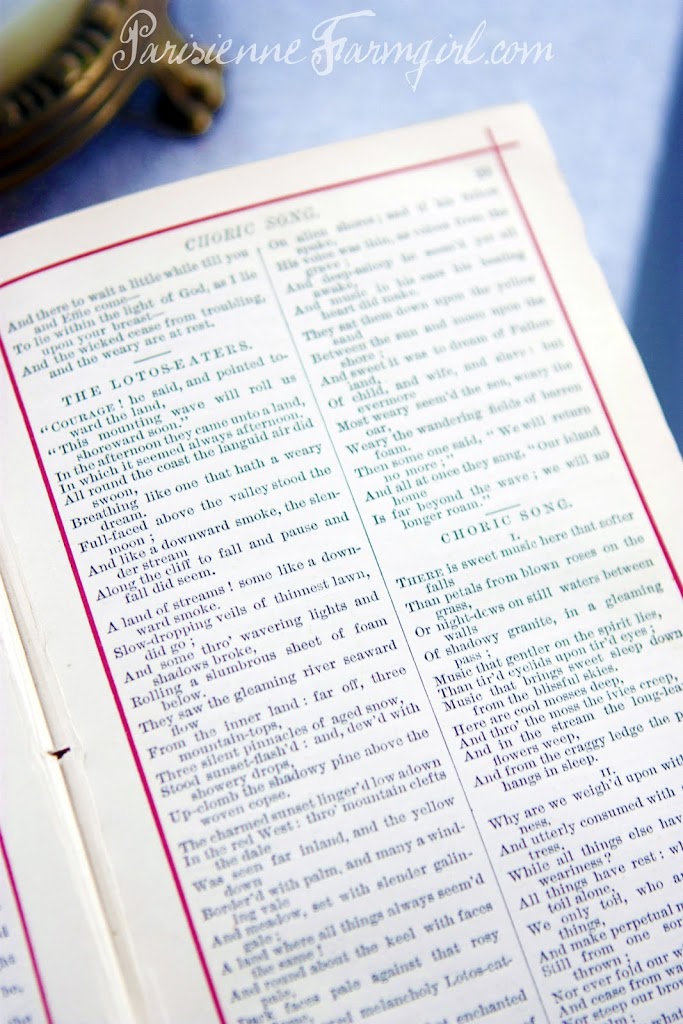 This book was a gift from my friend Kerry. She gave to to me while visiting this summer. The inscription is so lovely – this person could never have imagined how much pleasure this book has provided people over the years… from 1877 all the way to my kids and our love for Laura Ingalls.

I just had to share this with you.
Have a lovely week!
I’ve got some gorgeous girls to introduce you to later this week!
Bonne Semaine!
Angela