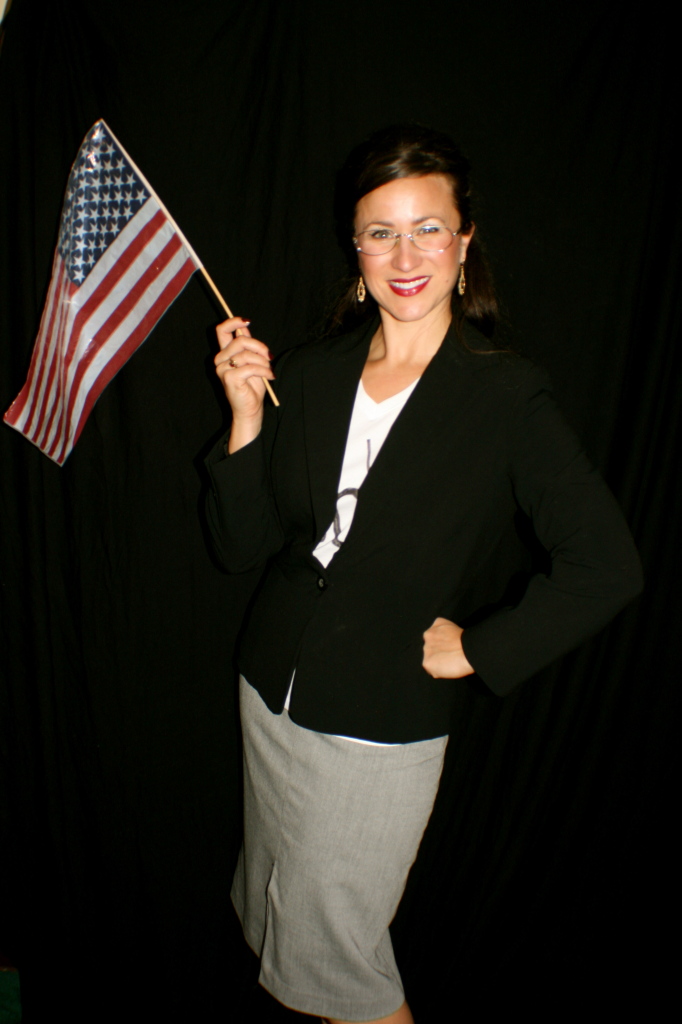 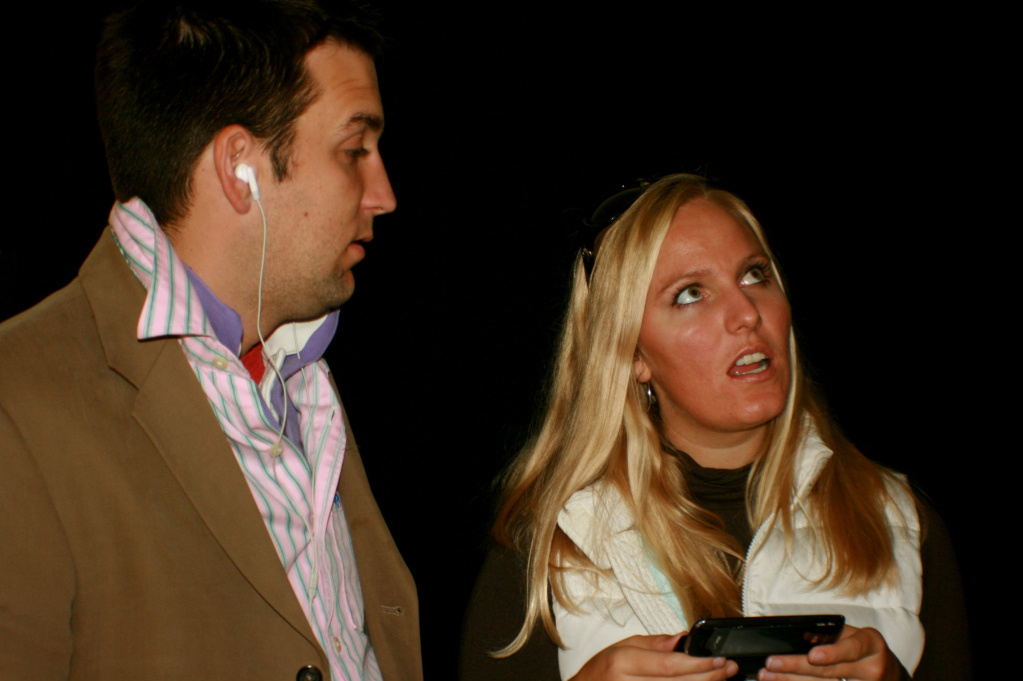 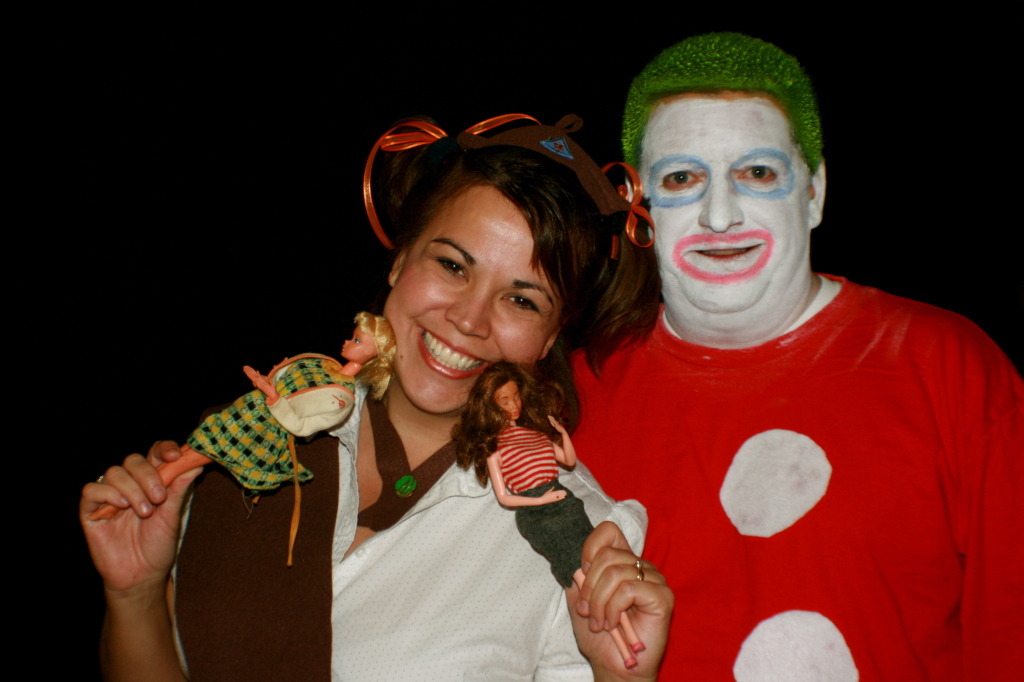 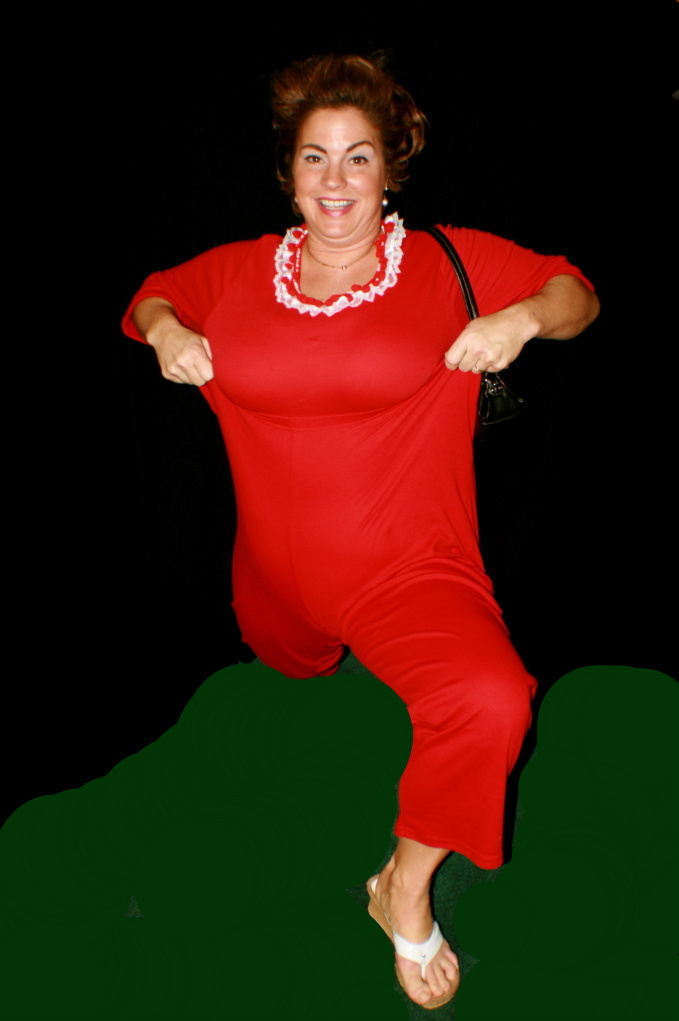 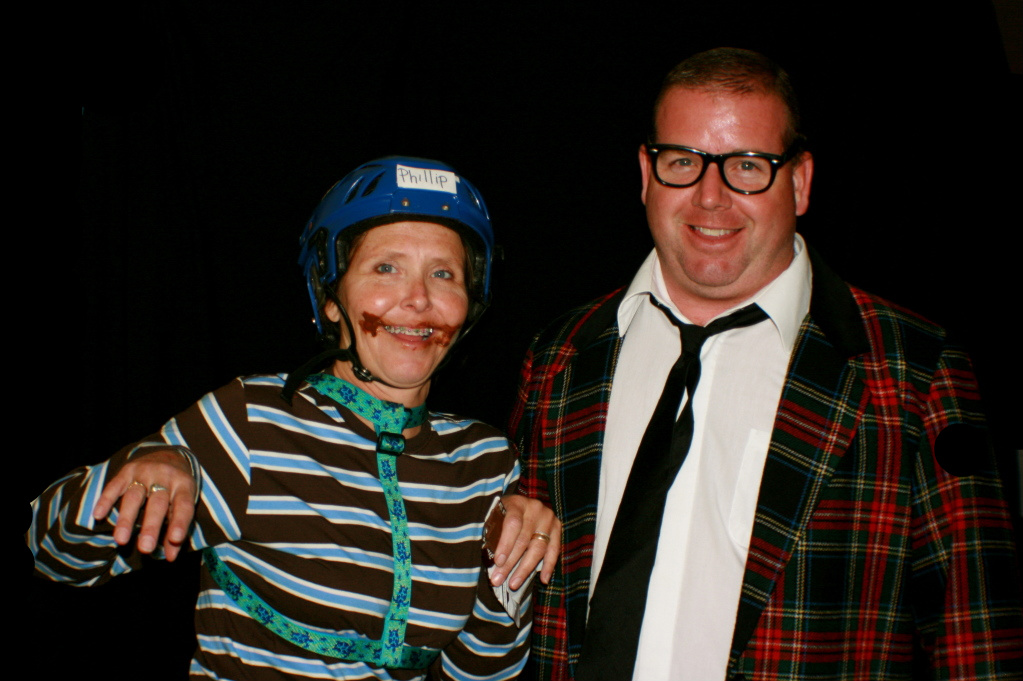 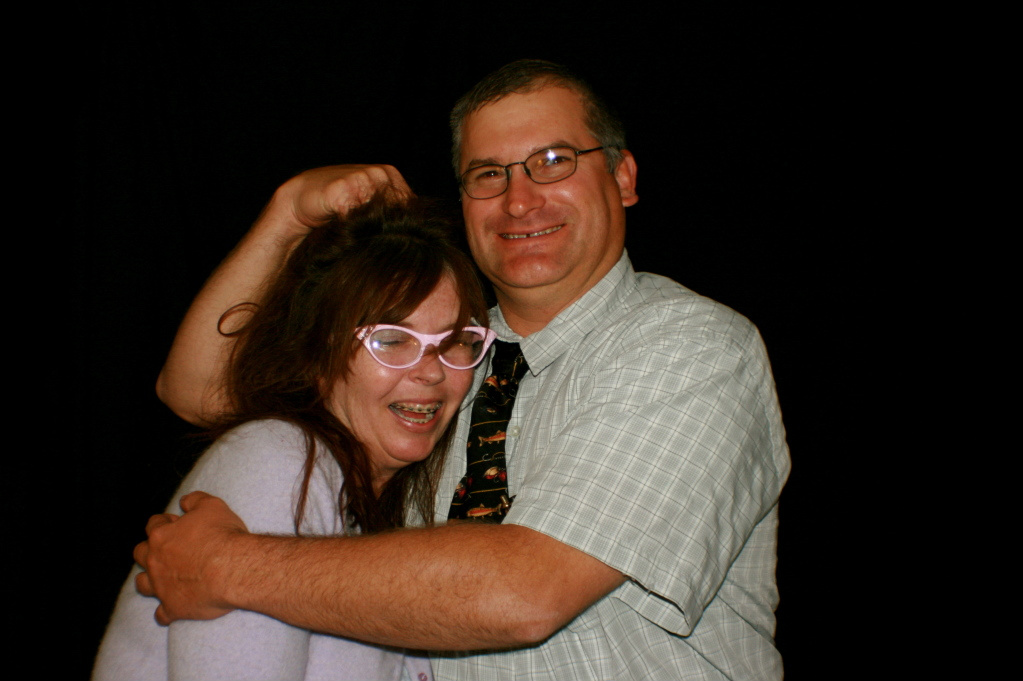 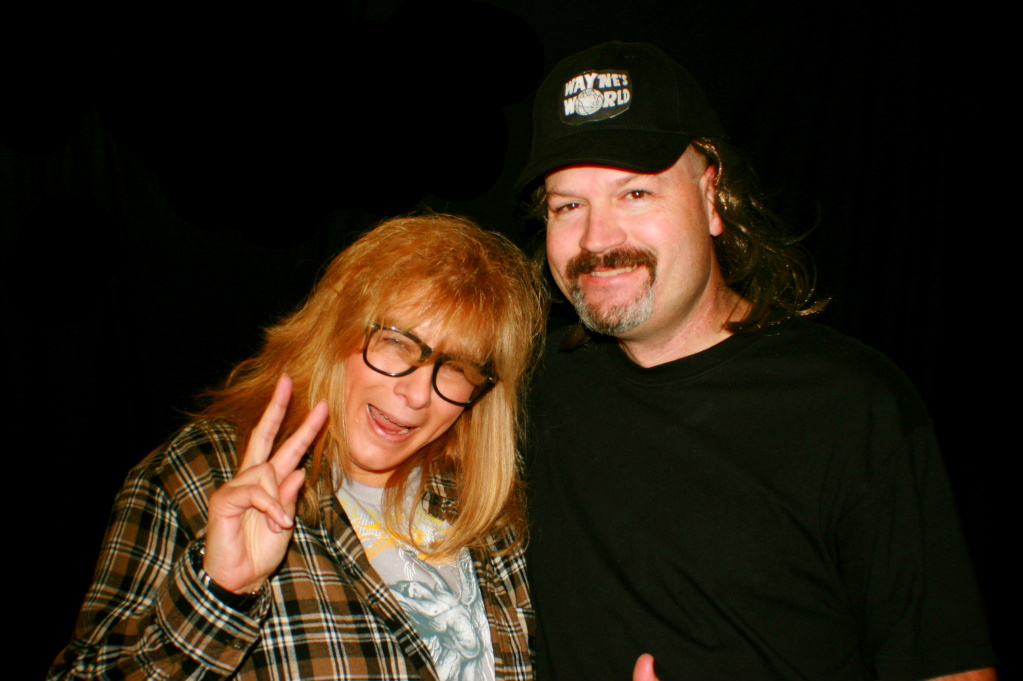 Wayne and Garth – Party on Dude. 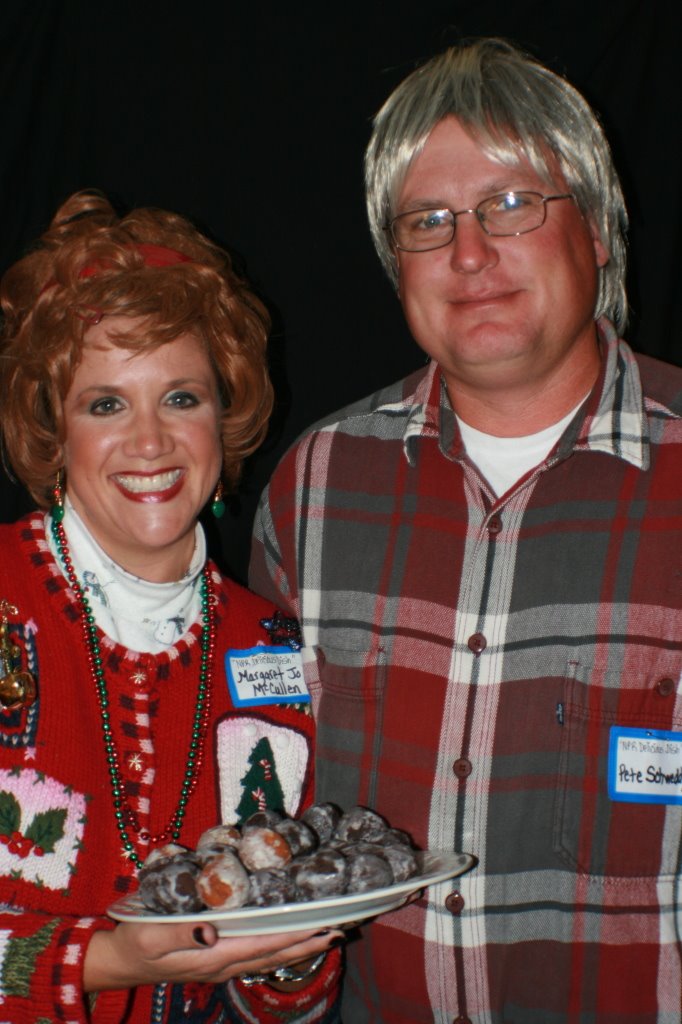 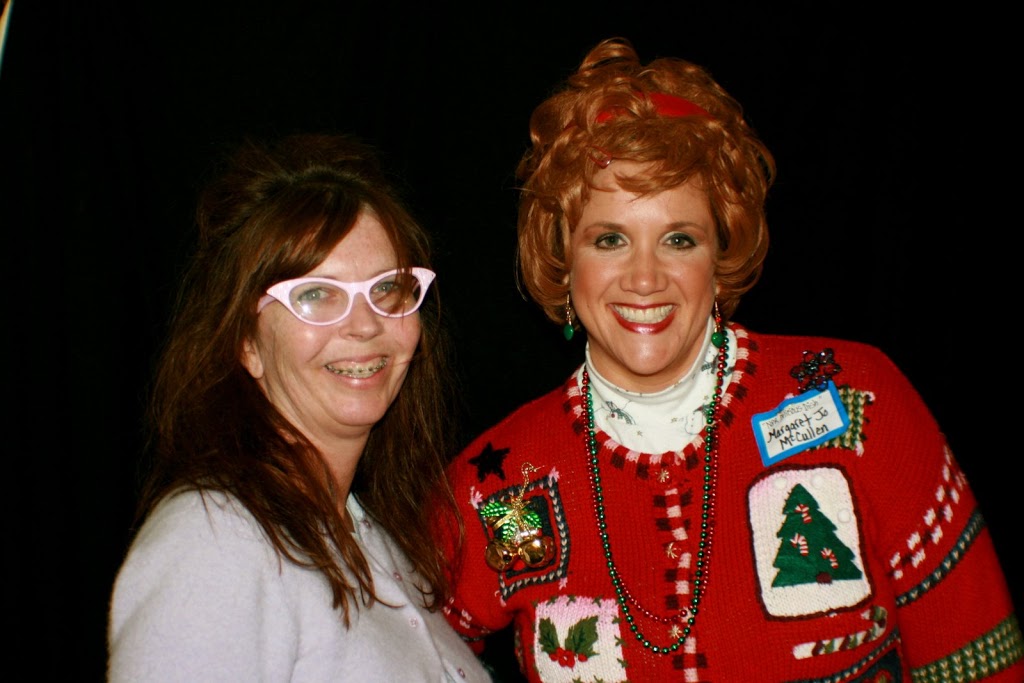 Well, Well…we had a little fun to say the least.

What you can’t see in the photographs is the back of my t-shirt and Joel’s t-shirt.
Joel as “Joe the Plumber”:
Joe’s Plumbing Service
Flushing Socialism One Plunge at a Time.
24 Hour Service
1.800.NO.BAMA
My T-Shirt as Tina Fey/Sarah Palin said:
“I may not be from Alaska but at
least I know there’s not 57 States!”
It seemed that our costume’s sure got a lot of people talking.  They may not have been super creative but they were cheap!  I’d put a Nobama sign in  my yard but the darn things are $20.  Digging out an old pair of glasses and a wrench was the way to go.  (No, I won’t be putting a McCain/Palin sign out.) I was shocked how many people didn’t know Obama said “57 States” – Someone asked me, “When did he say that?”  and I responded, “About the time he said, “New Pennsylvania” and “THE Bomb they dropped on Pearl Harbor.”
We dined on Pulled Pork for dinner and while one guest loaded up his plate I pointed to the serving dish of meat and said, “You know I killed that myself.”  to which he asked, “Was that before or after you bought $150,000 in clothing?”  I quipped a quick Laura Ingraham and snapped, “Well, if I hadn’t you’d have called me “White Trash” for the way I dress!”
He conceded, “Good one.”
This neighborhood rocks and it’s been five years here and these people are a truly giving, friendly, riotous bunch.  It’s the kind of neighborhood where someone as much as gets a runny nose and a collection gets taken to send flowers, the kind of neighborhood where overgrown perennials get passed from garden to garden and where your neighbor/roofer comes and helps you repair your roof as winter sets in so you don’t suffer leaks in the master bedroom you just re-did!
I may dream of walking out to my lavender fields with my cup of coffee after collecting eggs from my hen house but until that happens living in this quaint, rivers edge neighborhood will include many more fun nights like this one was!