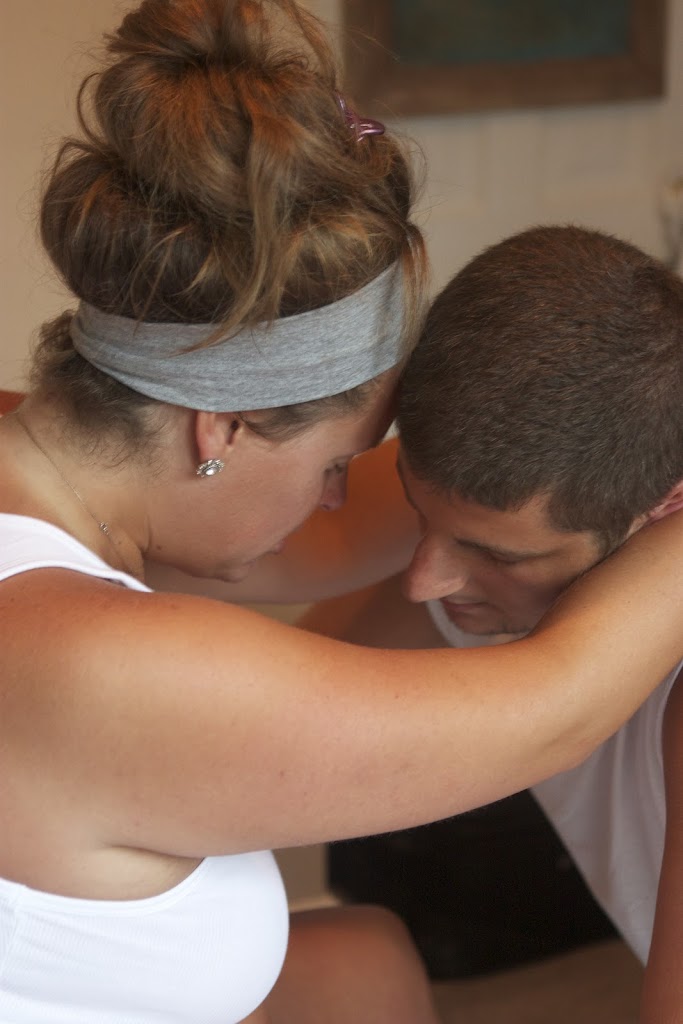 Obligatory disclaimer-
Yes, I have permission to write about this.
Yes, it’s from MY point of view, my memories from that day.
Yes, it’s a LONG post.
🙂

First of all…
This is me swearing 8*&*&^%^%
because I MISSED my 1,000th post!
It was my most recent post and I didn’t even realize it!
Blogging since October 2005.
W.O.W.
How could I miss that?
I had big plans!
Anyhoo!
Forget 1,000th posts…
I FINALLY got to be a Doula!
Butcher,
Baker,
Macaron Maker…
DOULA!
You remember the bizarre story about my little sister and the loss of her baby… (SEE HERE)…
Well, when the good news came thru she asked me to be her Doula and OF COURSE I said YES! You know me: the birth junkie. The wannabe know-it-all about all things “down there” and newborn related.
Hahahaha!
Ovulation, conception, natural birth, how to prepare (and look great afterwards)… I’m a born (again) preacher and once you ask me a question you create a monster cause I’ll give
you every bit of advice I have.

My poor sister.
🙂
But last Wednesday night I could NOT sleep, which is TOTALLY abnormal for me (especially on account of these KILLER workouts I’ve been doing that I can’t wait to tell you about). Tossing and turning… I wanted to punch the wall I was so mad. In my delirium I thought I heard the phone ring, but I laid there and told myself I was crazy. I waited for it to ring again, or for Joel’s cell phone over on the dresser and… nothing.

The baby JuJu woke up really early and Joel brought him in for me to nurse, just as he does every morning. We got all snuggled together when I heard Joel say, “Oh crap!” as he looked
at his phone to check the time.

One of them from my (and my sister’s) midwife!
We were in business!
Now mind you, this was a good two weeks early so my bag was not packed yet! (I had planned to get everything ready that Saturday).
It was 5:30 a.m.
By 6:15 I was pulling out of the driveway.

Camera – check
Video camera – check
My lemonade requested by Chelsea – check
Change of clothes – check
Gas in the tank – check
Cheerleader uniform – check. Okay no, not really.
But I was ready to support girlfriend for the next 24 hours if need be.
By 6:50 I was knocking on her door (28 miles away).
Chels was doing good, making conversation, she was really jazzed about her home birth…
“Oh this isn’t so bad.”
“I don’t know, everyone doesn’t do this.”
I just smiled.
By 10 a.m. she was a bit more uncomfortable and already to 6 centimeters. But she was already telling me how tired she was which I thought was a bit odd, again I kept quite, but suggested a nice shower.
“Wash your hair, shave your legs, put on your favorite lotion, a fresh nightgown.”
She did and was glad for it.
Things seemed to be really progressing by watching her and listening, but she was still around 6 centimeters (her labor had started at 11:30 pm the night before) so the Midwife offered to break her water. After that things seemed to really kick in for Chels. In fact, I was pretty sure we couldn’t have more than a couple more hours to go but then, she kept saying how tired she was. It was (is) VERY hot out, and so we were giving her lots of fluids and little gummy things that marathon runners use – but she wasn’t really into it. We suggested a tepid bath which slowed things down a bit and she actually drifted in and out of sleep. Hours passed… Derek and I found a moment to talk and he shared with me that she had been out in the sun for five hours the day before (100+ degrees). NO WONDER she seemed so tired. She probably went INTO labor dehydrated.

She and Derek were doing SO good. They were a team. He held her any way she wanted, she breathed, she relaxed through the contractions. You could see her relief to be in her own home. And that is my main excitement over home birth. I mean come on, what do you feel upon just VISITING someone at the hospital? You know, when you leave, you are just so happy to be “out of there.” Well, it’s the same for laboring mommas.

Our bodies respond to that stress – especially first time Moms. Did you know that 26% of first time mommas will have a C-section at the hospital in America (I think the worldwide average is 4%!). Don’t get me started…


Anyways – Chels wasn’t getting anywhere. She was still at 6 centimeters and saying how tired she was so we came up with a plan. For hours we had been talking her out of the sleep she wanted to badly. It seemed to us that laying down would be such a waste (since she wouldn’t be able to “use” her contractions to their utmost effectiveness). We were concerned that she would wake up just as tired.


In true midwife fashion, Debbie allowed Chels to listen to her own body! She gave me the go ahead to go talk to
her and I presented two options –


It’s 4:30. They’ll give you an IV so you can get some more fluids in you. Your lips look dry – we are worried that you are dehydrated. If you actually think you can sleep between contractions then you should do that. At 7:30 we’ll wake you up and if you feel just as tired as before, we’ll transfer to the hospital – not for a C-section, but for more fluids and maybe an epidural so you can get some more rest. When it’s time to push we’ll have them turn it down because we know you want to be fully engaged.
OR
When you wake up, if you feel refreshed and ready to rock it, then we are gonna rock it, Chels. (From one Alias fan to another)
Sydney Bristow style! 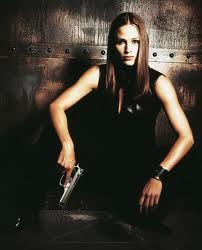 Deb hung that IV from a hook on Chelsea’s window, and true to her word – she was OUT!
This gave me a chance to run over to my Mom’s (who had come to my house to get my kids) and nurse a VERY pissed off little baby Julien.
As I was grabbing my keys to head back (a 12 minute drive) Deb texted me
“8 centimeters and slight desire to push”


ZIP – BOOM- BONJOUR!
WE ARE BACK IN BUSINESS! 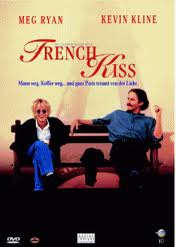 When I came running up the stairs to their apartment Chels was rocking’ the “on all fours” position with her head down on the mattress. Now let me tell you this – I have had four babies “au natural” — the first one took 28 hours and those a–holes (pardon me, but I am still mad about it) transferred me to the hospital. It is a PHENOMENAL thing to be in the same room as someone whose body is wracked with pain and you can just get up, and go pee or get a fresh glass of water.
It’s like you are in the same room but WORLDS apart
– it blew my mind.

I knew where she was.
She was delirious with pain.
Frantic at the idea of this taking 2, 4, 6 more hours.

But I could hear the slight grunt and the end of those moaning breaths and I told her confidently, “Chels… we’re looking at less than an hour here. You can do this.” 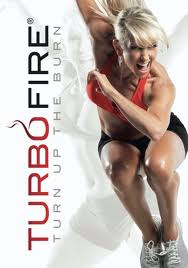 
See, my sister, God bless her, is always worried about everyone else. It is, frankly, a bad habit.
She’d be walking down the hall and she glance into the kitchen where the midwife and nurse were hanging out and she’d say,
“You girls O.K.?”


Us women KNEW that she hadn’t hit that stride yet – that place in labor where you don’t give a rats you-know-what about anyone else. That place where your world is so small, so focused…
so primal.

We were waiting for that to happen for Chels.
For her to let go and let labor –
and she finally was.


Desperate to get comfortable, she was on her knees, then standing, then her knees, til’ she told Derek to sit behind her as he had often been throughout the day.
Pushing time had come.


Now – let me pause here, and tell you
about my brother-in-law Derek.
I’ll try to keep it brief, but you know how I feel about men (See all my “Where Have all the Cowboys Gone” posts that thrill or upset so many people). But – if there were more 24 year olds like DEREK in American the world would be a better place. Can you think of a 24 year old man who would support his wife wanting to have a natural, at-home birth… LET ALONE have a wife AT ALL!???
On D’s side of the bed are all sorts of books:


On his mirror are Bible verses and notes to his wife.
He’s got them on a budget.
He’s leaving’ and cleavin’ the way more men should
(sorry, that’s a Christian joke that may be lost on some of ya’ll)
Very.
Impressive.


Like me the first time, Chels wanted to be told how to push,
It’s so weird, your instinct is there, but there is something actually comforting, after so many hours of being out of control, to be given an assignment.


I could see Derek behind her and could only imagine how numb his legs were… Chels would make eye contact with me (kneeling next to the Midwife) as if to say “This is it right? This is happening?”
I encouraged her as best I could. She was working so hard!
And then…
hair.
And the killer “don’t push” moment to keep
you from blowing a gasket!
And then, head.
Then a shoulder… and
slither!
She was OUT!


When Aidan was born everyone yelled,
“He’s so big!”
When Ivy June was born,
Everyone exclaimed, “She’s so little!”


YOU DID IT CHELS!


She beat the odds.
First time Mom.
At home.
Natural.


All the normal things they would consider an “emergency”


You did it Chels.
And not matter how it
would have turned out – You did it!
21 hours.
GO GIRL. 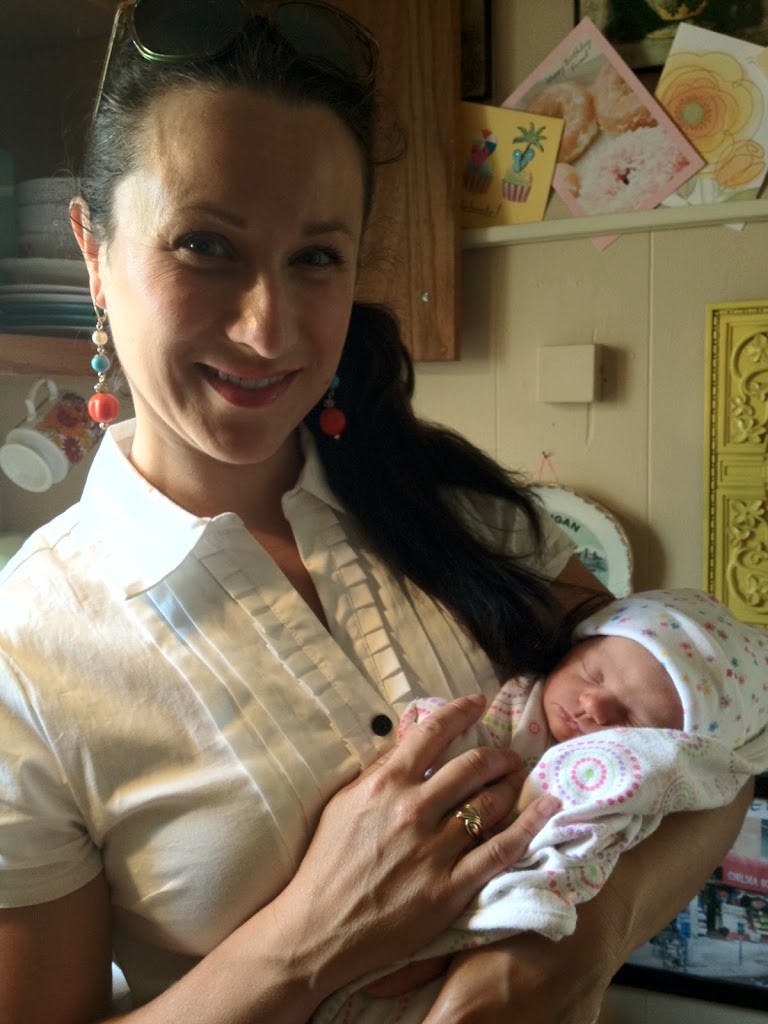 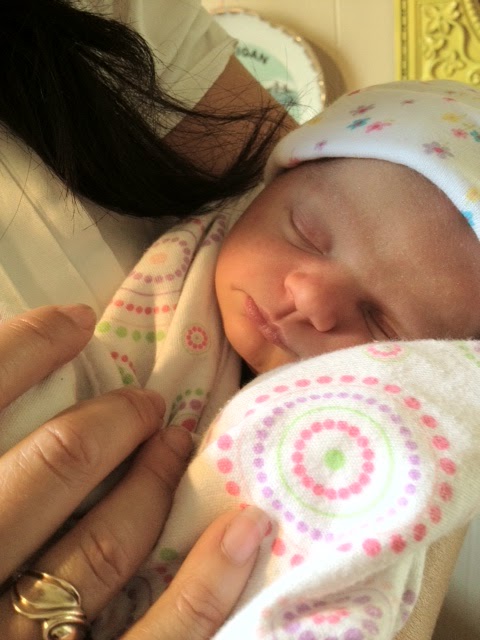