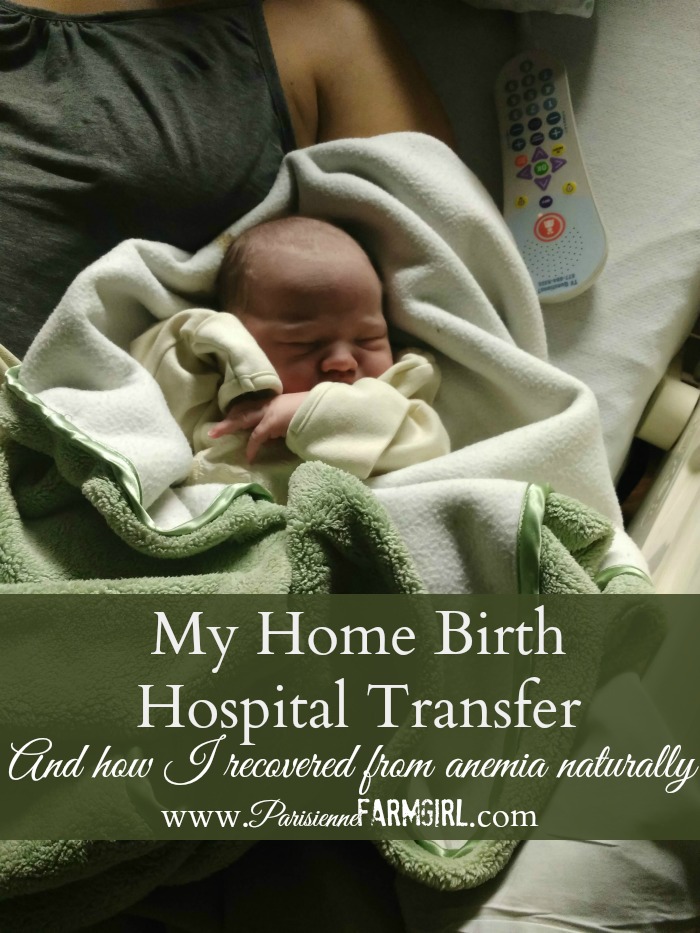 If you haven’t read it, you HAVE to read Part One first so go do that and then come back if you need to!

I left the story hanging… I left you all with me snuggling with my sweet baby but then I looked in the mirror over to the side of the bed. Ugh… that doesn’t look too good,  I thought to myself as I looked at the clammy colour of my face.

I told my nurse I was headed to the bathroom and that I wasn’t doing good. I’ll spare you the details, but there was… a lot.  Like… a lot. I was sitting there and my nurse gave me a jab of Pitocin in one leg and minutes later my midwife gave me another in the other leg… but I was fading fast. My midwife was sitting with me, Deb, Deb, Deb… I don’t feel good. I’m fading. It’s getting grey on the edges… and a loud sound, sandpaper-like ringing in my ears…

And then I woke up on the floor of my bathroom with my legs being held in the air by my midwife and my husband giving our address to the 911 operator.

We live 2 minutes from the ambulance station and within seconds I heard the sirens approaching.

Three, linebacker-sized paramedics came up my little, tiny, wooden stairway. As I heard them coming up, I begged to shimmy a nightgown on. (By this time my midwife and hubby had carried me into the hallway).

They were very nice and I tried to cooperate as best I could. They gave me three chances to go from laying to sitting, to standing without fainting. Well, I failed that test. Loser 🙂

I was pretty freaked… I felt like I was having an out of body experience, I couldn’t get a handle on it. To feel that woozy and out of it was horrible. I just wanted to snuggle. But that damn ringing in my ears and the feeling that I was falling through space just kept coming back and so they strapped me to a chair and carried me down the stairs, down my pea gravel path…

I called my kids to me out there in the yard in the dark and kissed each one goodbye, assuring them to not be afraid. I was so mad, but I put on a smile to make them feel safe and to be gracious to the paramedics.

I was devastated to be apart from my new baby. I was mortified to have freaked my kids and husband out.  Not to mention my friends who were still at the house. I couldn’t believe this was happening.

But, to the hospital, I went with my hubby and baby following behind me. They got me all situated, gave me an I.V. (horribly painfully placed by the way) and I sat there all night while they watched me. I was tired. Pissed. Starving. I got more Pitocin in the I.V. That’s it. No nourishment, not electrolytes…. nada.

But they kept questioning whether I wanted to admit my son… they kept asking about my vaccines (of which I had none), was I sure I didn’t want to admit the baby? NO! Nothing is wrong with him. Am I SURE I don’t want him to get a Hep B vaccine? Good Lord woman! I wanted to scream, I’M THE PATIENT! I swear they were licking their chops for him. Then Doc said my haemoglobin was 7.3  and they watched it all night to make sure it didn’t go lower and they sent me home the next morning. 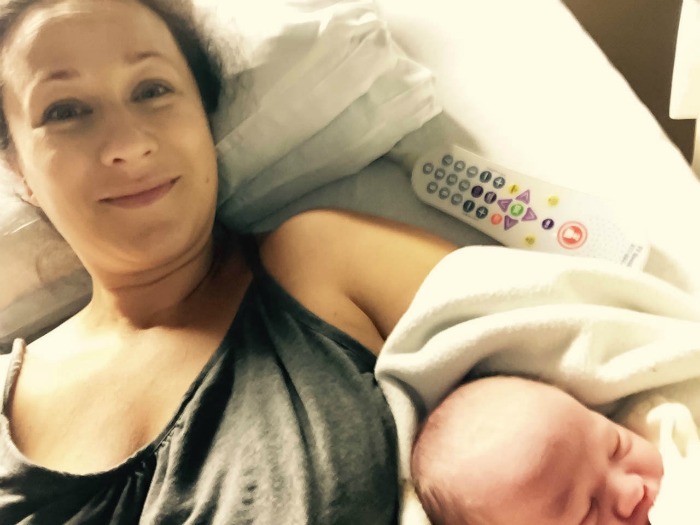 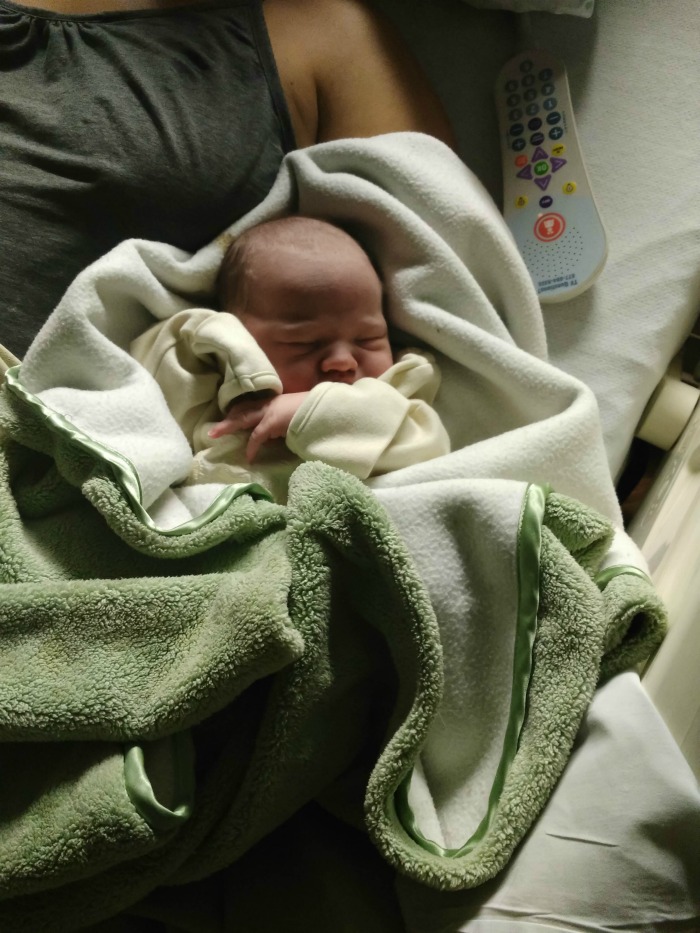 It was rather anti-climactic.

We took it very easy getting me home and right to resting on the couch, but the ear ringing started again and I felt like I was going to faint once more. I called my midwife. Told her about my levels… and she freaked. She was not a happy midwife. She said to go back right now and demand a blood transfusion.   (Turns out normal level is about 12 and they do transfusions between 7 and 8.) I was so flustered. Why did they let me go if I needed blood?

SO, I called the hospital and the while the doctor the previous night was respectful of our home birth the doctor on the floor when I called was horrible. Grilling me about my birth, who my backup hospital was, etc. He said I could come back to the ER, they would re-evaluate me and then determine IF I needed a blood transfusion. 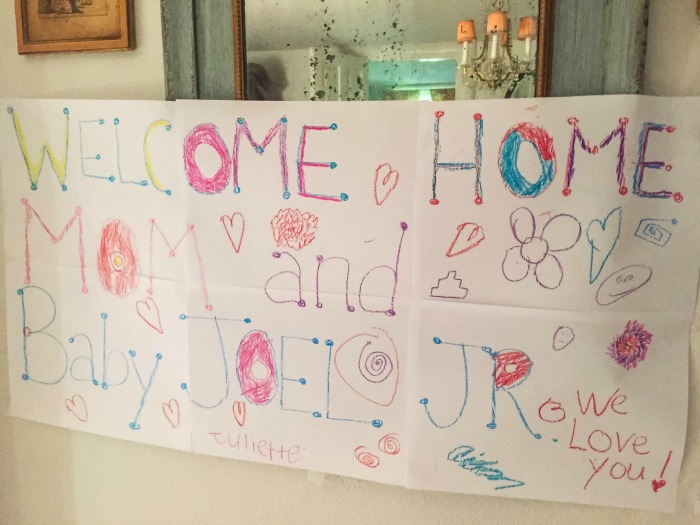 As crappy as I felt I am way too ornery of a farm girl to check myself BACK into the hospital.

Forget it I said. I was gonna do this my way. So, I started in on some pretty raw red meat, iron supplements, kale and spinach smoothies in my NutriBullet and Cinnamon oil in my water to aid in iron absorption.

I mean, who doesn’t love a perfectly seasoned, pan-fried steak, fed to them by their sexy man right? If that’s how I had to rebuild my haemoglobin levels… aw shucks. I kept up with that for a week and though I was told it would take the better part of the month to feel normal… I pulled weeds for two hours a week later. BOOYA! I felt like superwoman. (I continued with my iron supplements for another couple weeks but I think they were giving my baby stomach problems so I recently quit.) 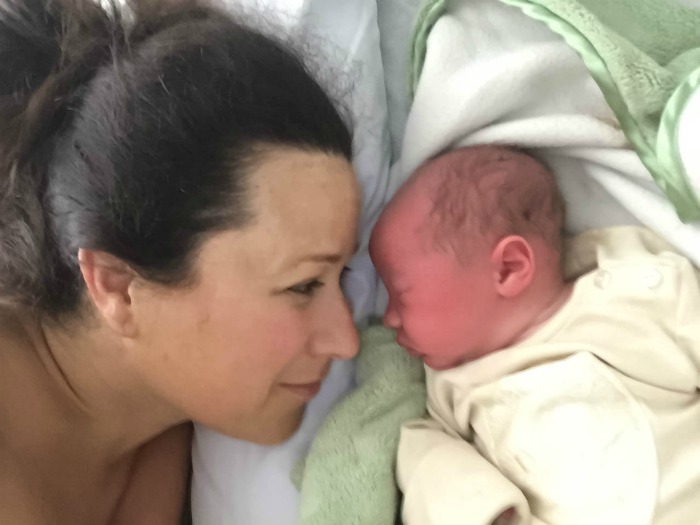 My poor two-year-old heard ambulance sirens a few weeks later and said, I hate ambulance. Poor thing.  That’s what I feel the worst about. Freaking out my family.

BUT I am grateful for the following things… clearly, God’s hand was there…

Would I still encourage someone to have a homebirth? Absolutely.

This had nothing to do with the birth itself or being a good candidate for homebirth… my uterus simply didn’t want to cooperate that’s all. 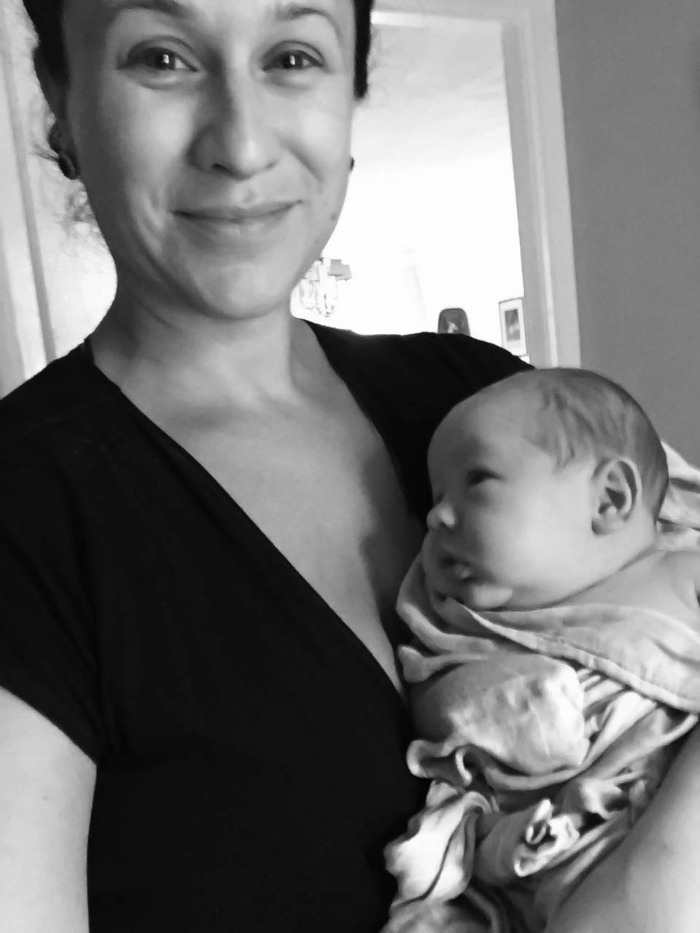 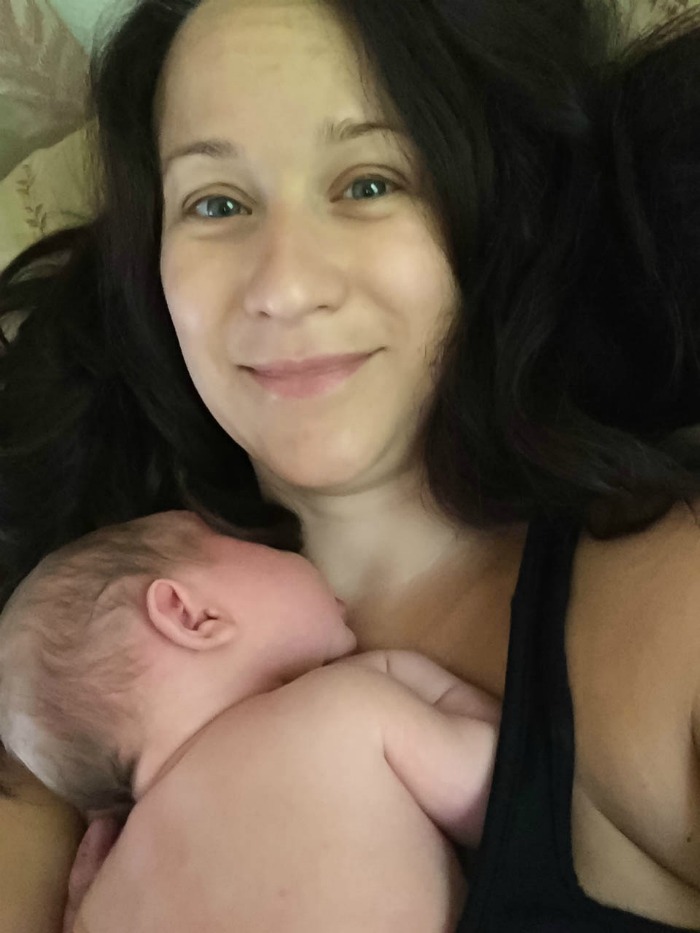 It’s been six weeks today and I’ve felt like a rock star since that one week point when I got my hands dirty in the garden. I always say it’s the pregnancy that takes me down… once that baby comes… WATCH OUT!

So…. here I go! I’m working out again, I’m shooting for a big promotion with doTERRA, I’m gonna butcher my first pigs at the end of the month… I am ready to live life to the fullest!

With my arms full of all these gorgeous children! 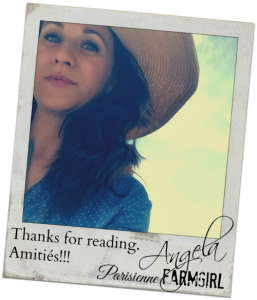