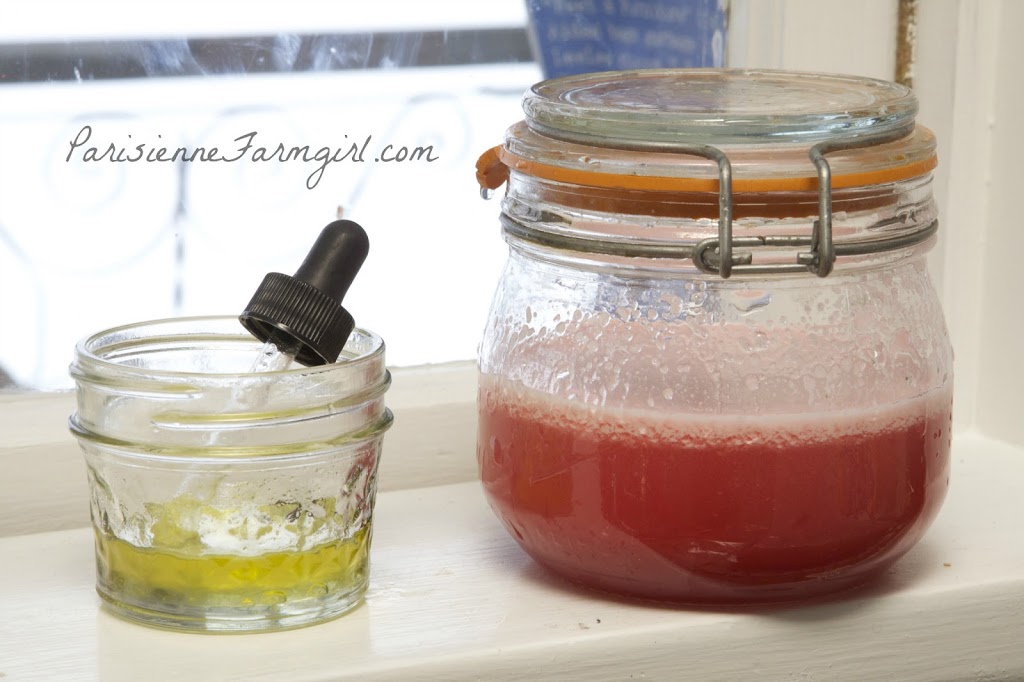 That’s the name of a newer board of mine on Pinterest.

I am SO INTO learning more about natural remedies both veggie and herb.  This summer I am even planting what I am calling a “Healing Garden” in an effort to dry certain herbs for my remedy cabinet.
I have about this much _____ trust in most conventional medicine.  If that.  And NEVER take stuff off the shelves of the drug store.

I have tried tons of natural cold cures over the years and have always been able to keep my colds under 36-48 hours but this… THIS IS NEWS THAT HAS TO BE SPREAD!

Got a cold?
Get ready to blast it back to hell.

You will need:
1 cup of honey
1 cup of lemon juice (I used my “signature” organic, volcanic lemon juice from Costco that is so good you could bathe in it).
1 bunch of radish (about 7)
6-8 cloves of garlic
1 small/medium purple onion (don’t get hung up on the size)

Throw it all in your blender to make a frothy juice then strain.

Now here is the deal.  Joel NEVER gets colds and if he does you can’t really even tell but he was sick last week and I was mad (isn’t it irritating when husbands are sick???) plus, I did not want to get sick but sure enough Tuesday evening my nose started running like crazy and my throat began to hurt.  (So did Amélie’s and Juliette’s) By 10:30 I knew I was screwed.  When I woke up in the morning I was totally sick.  Faucet nose, sinus pressure and everything.
At 10:30 I send Joel to the store for this concoction.

I almost wish I was exagerating but I am not.

I served us at least double than what the pin said to.  I was not willing to wait 24 hours for results (as mentioned on the original pin).
Mom and Dad took 4 big tablespoons and kids each took 2.
We did that again a couple hours later just for good measure.

Now, I do want to add that I had been taking some of the Emergen-C stuff knowing Joel was sick, but I have never blasted a cold away from taking that so I know it has to be my concoction!

(Amélie was also complaining of ear pain so I warmed her up a little olive oil with crushed garlic, strained it and put it in her ears to “soak”.  That’s the jar on the left).

I hate having a cold but now this remedy will be the FIRST thing I run to do when then sore throat sign sets in again!

Here’s to your health!
Heal Thyself!