Down on The Farm (My Grandparents’ Farm) 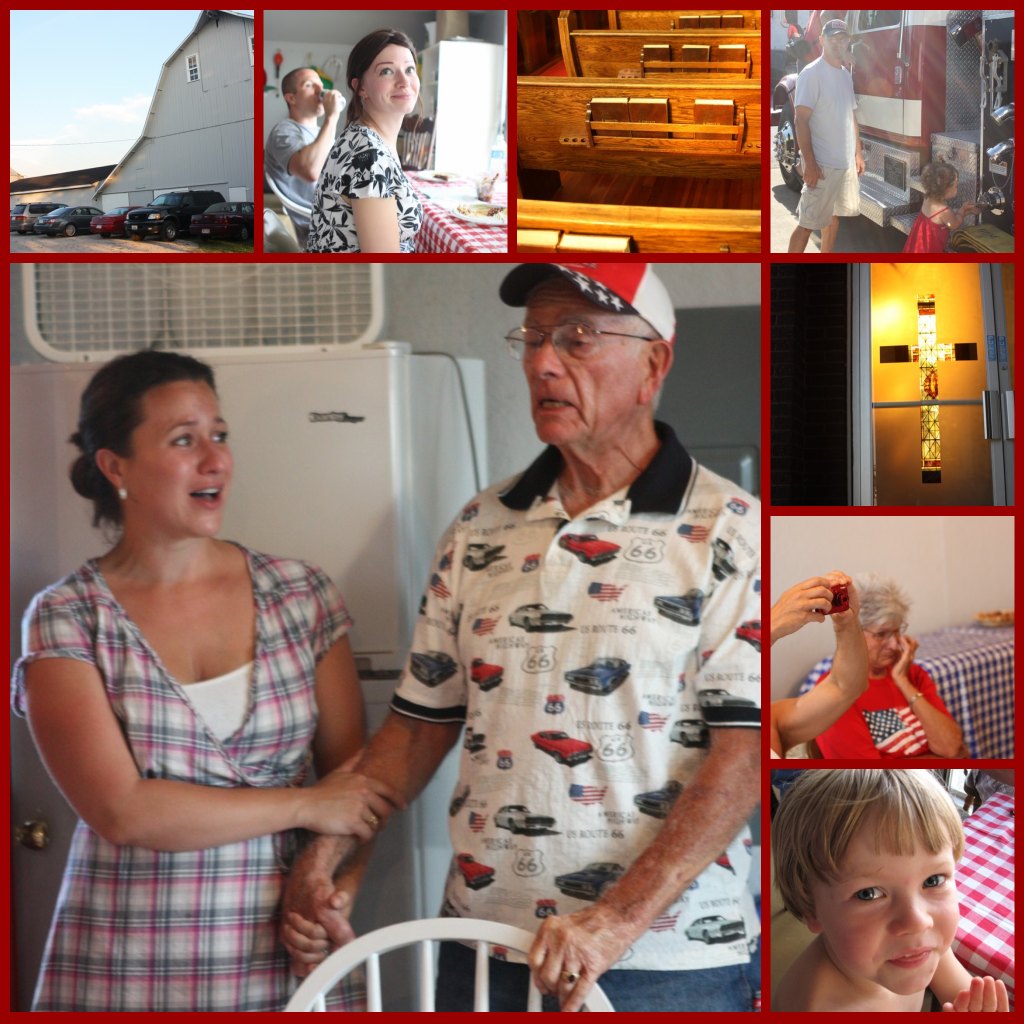 It was down to “The Farm” (no, I am not training for the CIA… I wish… I suppose I have never blogged about my dream of being a spy…)
I DIGRESS!
It was down to “The Farm” for a big-fat-PARTY!
You see, for the last five years most of our trips down to my Grandparents farm have been with preparing for an event in mind, A farm auction, barn cleanings, two weddings… one one summer and one the next… Gramma has her well organized list and we’ve all been ready to help, but this past weekend? All we wanted to do, all we had to do…
was have fun!
I could tell, even in the darkness, when we pulled in over the crackling gravel driveway that something was different; for everyone was outside ready to great us!
There was a buzz in the air… this was going to be a great time!
The weekend consisted of the town’s 150th anniversary, a parade, a 5k, tons of home cooked food, games, more Mac computers and I Phones than the Apple store keeps in stock (we are a hard core Mac family) laughter, laughter and MORE laughter, bon fires, fireworks, dancing, singing, more laughter… the announcement that my brother and his wife Victoria are expecting. (I AM GOING TO BE AN AUNT!!!!!!!!!!!!!!!!!!!!!!!!!!).
Did I mention we had fun?
Sadly, we were missing three cousins and their spouses, Mom’s husband; Grandpa Don, and my Uncle and his family who live nearby and have the option of being in and out the whole time so our big family photo is not so big this year. Oh how I wish we could have had everyone in that photo and around those bonfires…
Sunday was my Grandpa’s 82nd birthday.
Did I mention how much fun we had????
As you will see, My Grandpa has been blessed with an amazing voice. He sings down in Florida for the Cincinnati Reds at their spring training games. Get ready to hear our country’s anthem the way it as MEANT to be sung. Not “licked” to death like Beyoncé or Mariah would do it, but with warmth, gusto and sheer love of country.
Remember – he’s 82!
In honor of his birthday Momma had the idea that as we were finishing up dinner a favorite hymn of Grandpa’s would begin to play on the iPod, we all began to sing and walked over to the side of the room/garage where he was seated. You should have seen the series of expressions on his face as he realized we were singing as a gift to him,
“I’d Rather Have Jesus.”
What a shame all us girls don’t get the chance to sing together more often.
We then broke into “I’ll Fly Away” a cappella, Grandpa as you will see came and we held hands, how I was so blessed to have this moment with him I have no idea, but at one point we locked eyes and we could not get the words out. I’ve said this before, but I praise God that I/we will be with my Grandpa in eternity.
And what summer party would be complete without a two-step?
Again, another moment I will cherish. I’ve danced with him many times, but these moments… they are so precious.

Look how RADIANT my SIL is?! 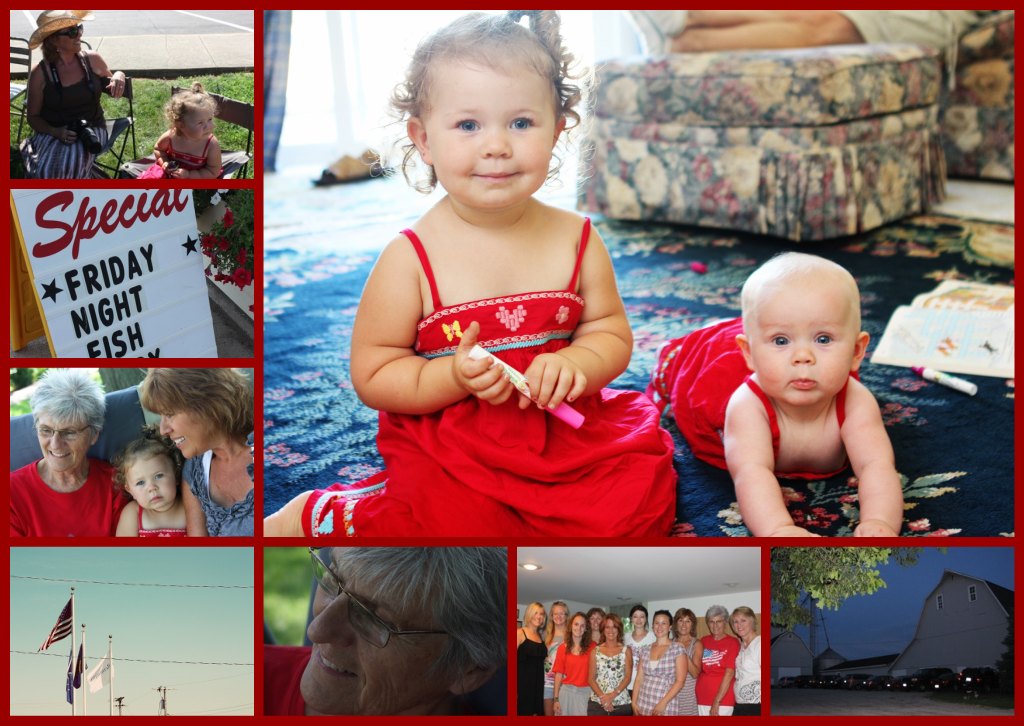 LeeLee and Hoolie in their matching MooMoo’s. Bet you can’t say that five times fast! 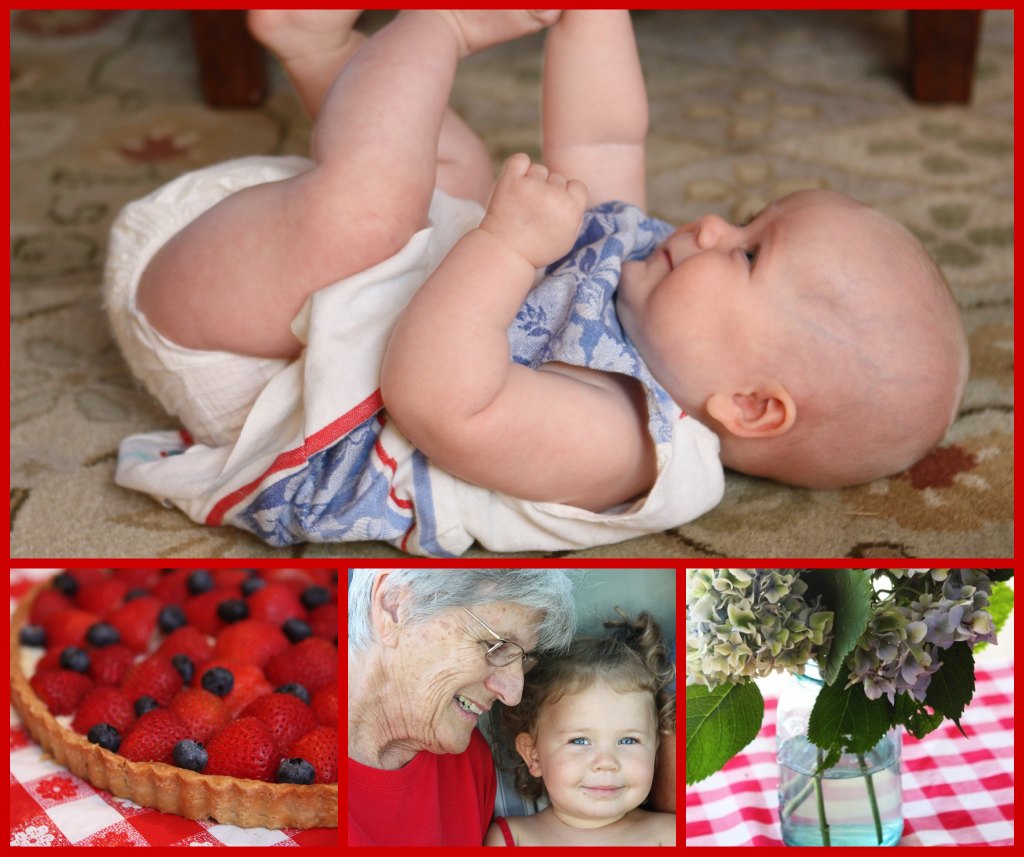 P.F. Strawberry tart, gorgeous hydrangeas from Gram’s garden, Juliette in her “custom made” dress just for this event… 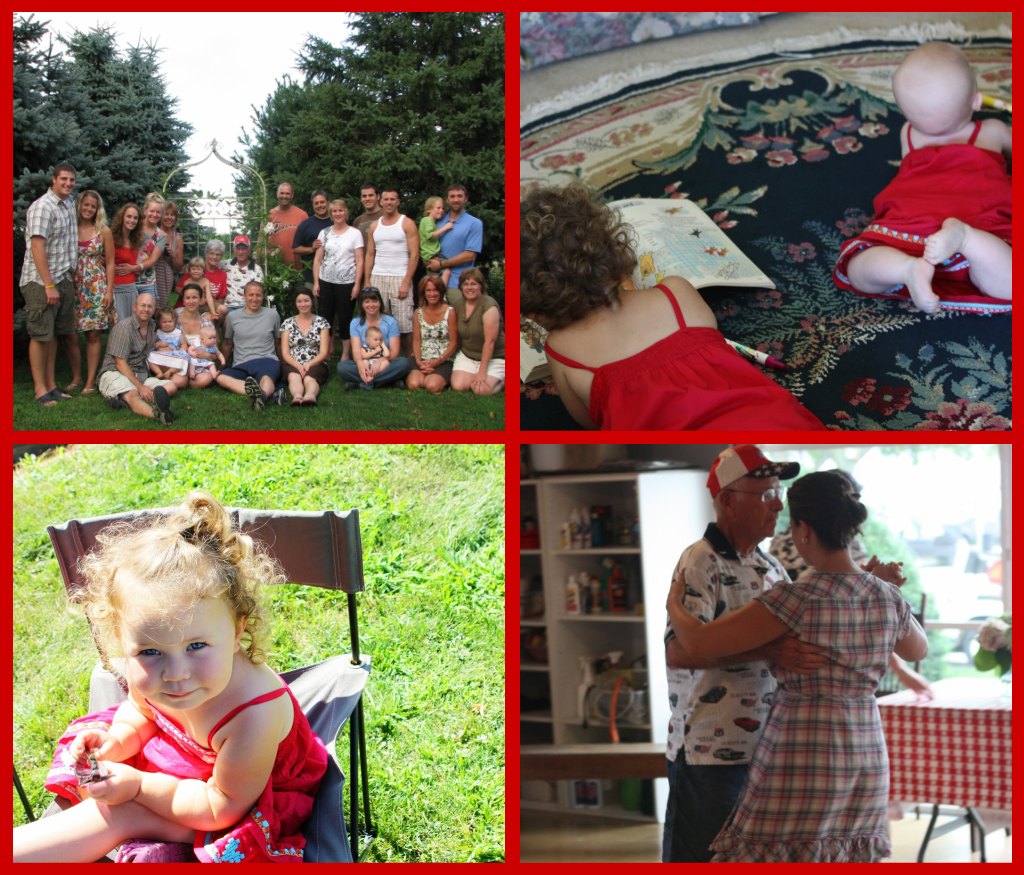 The not-so-big family pic – Who’s up for a serious Photoshop challenge? Somehow we have got to get the missing into that photo! 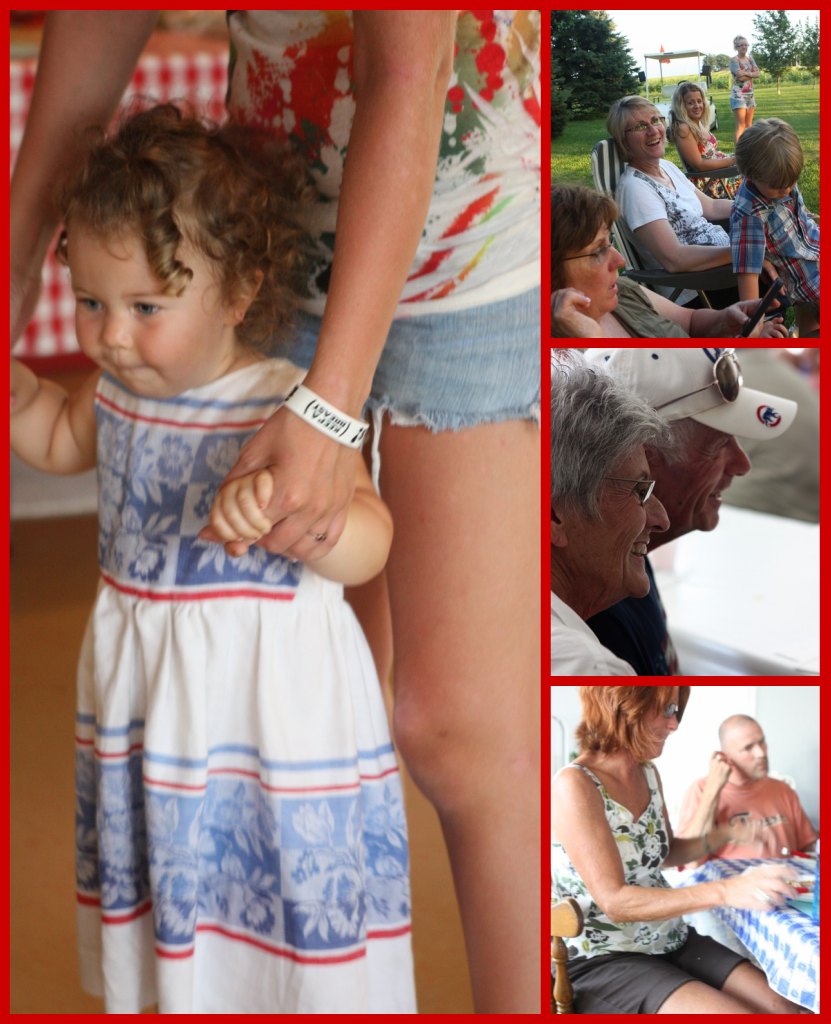 Games in the barnyard… great conversation around the food…
and a few more photos I forgot to collage… cause I just can’t not post them! 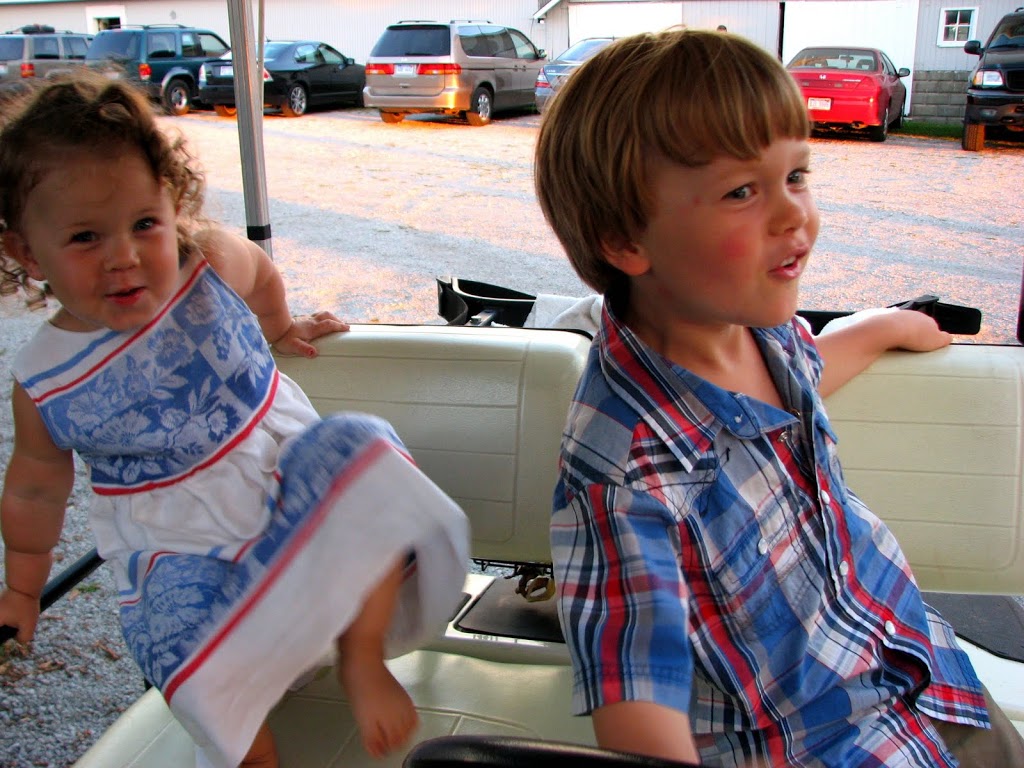 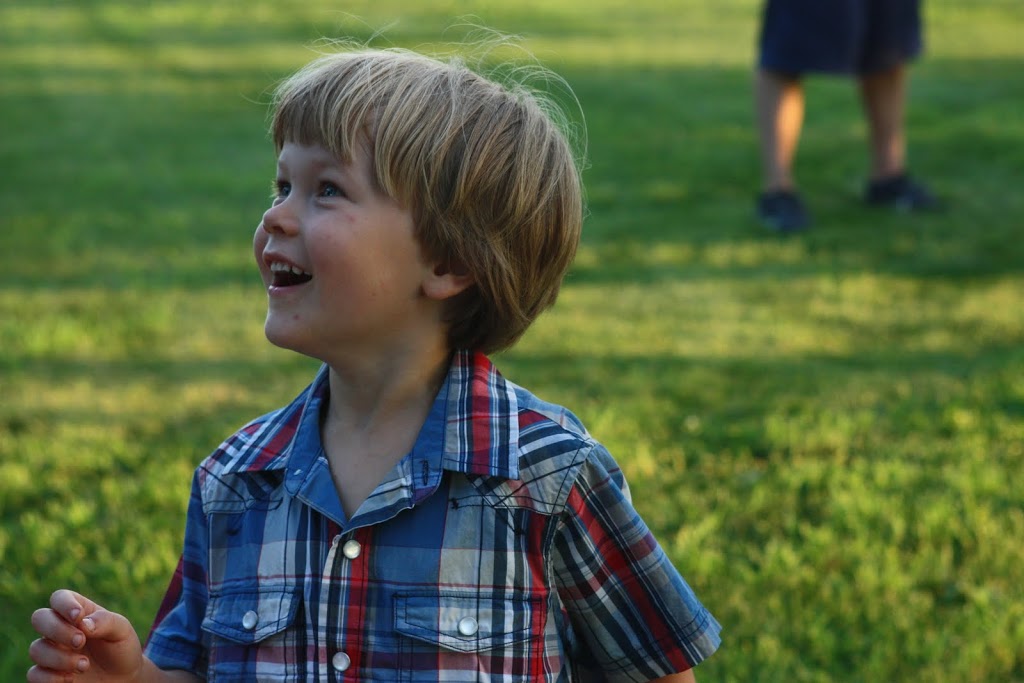 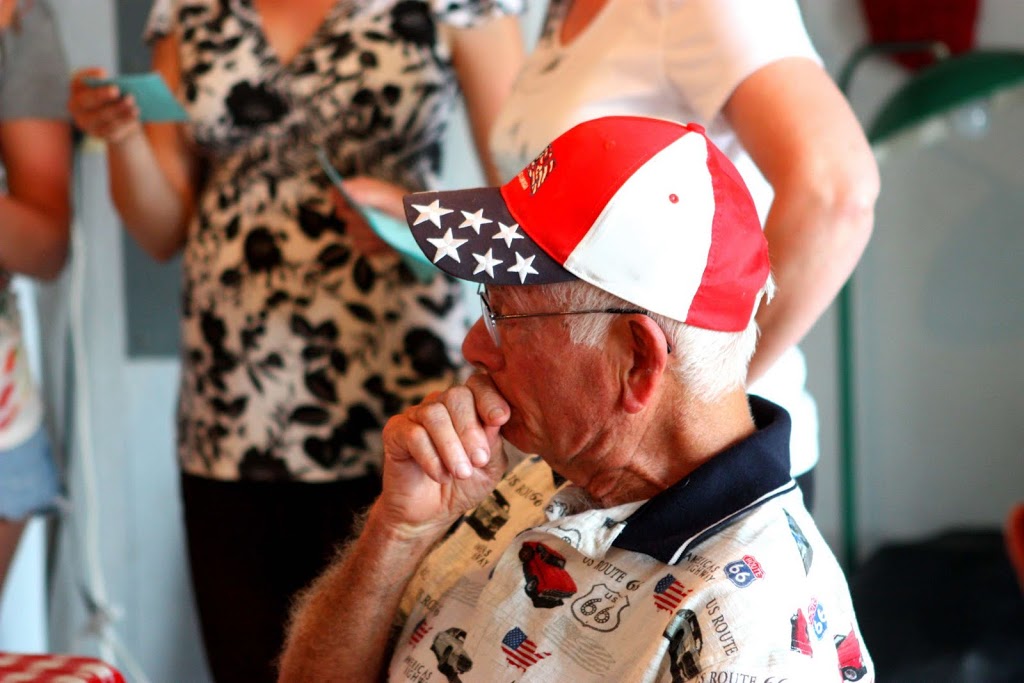 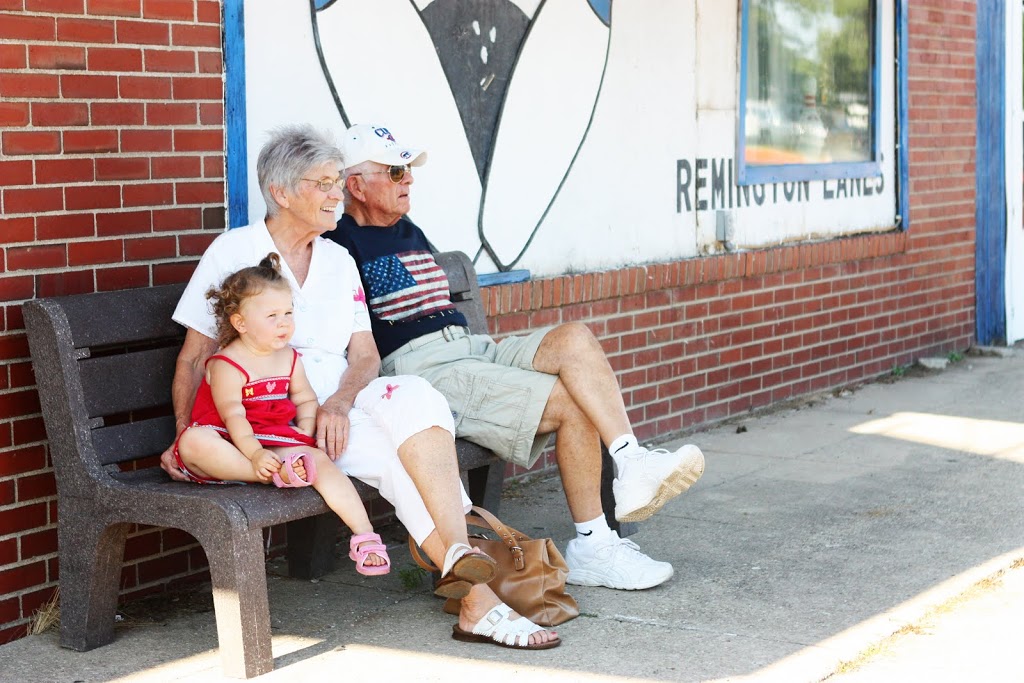 This morning, I am all unpacked and I have to confess; My kids are being naughty. They were little angels all weekend. All they are doing today however is complaining about being home. When can we go back? Can we go back today? When will we see Two Grams again?

They remind me of myself.
I used to sob out the rear window as a child when we would leave. Truth be told, I still tear up…
That’s just the kind of effect these people and this place have on you.

We are blessed indeed.