A Girl’s Review of the Daytona 500 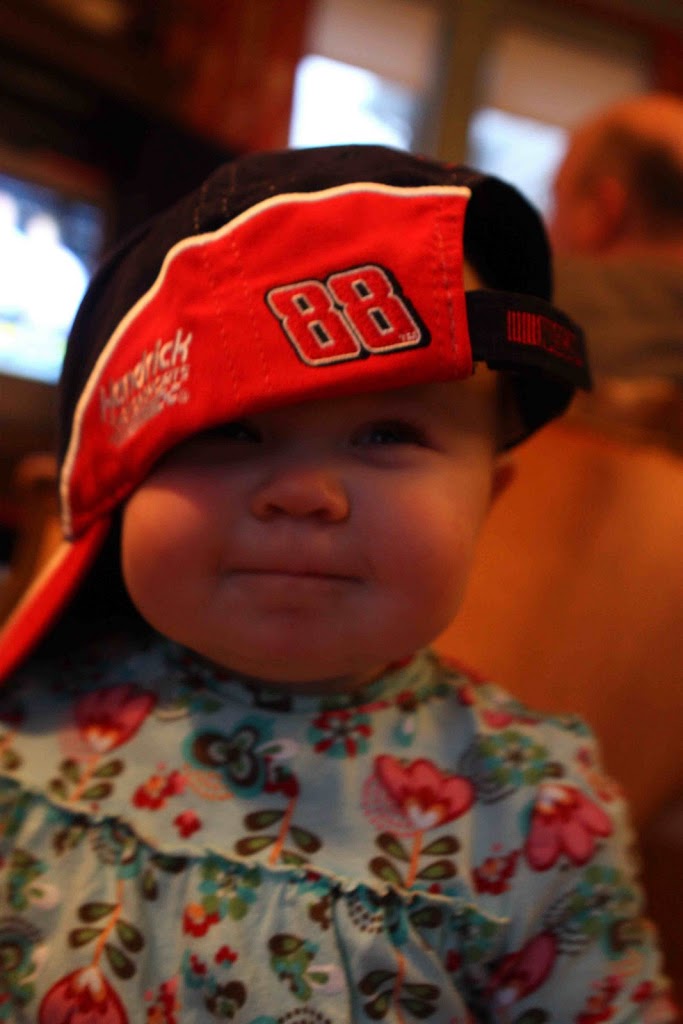 How do we love thee?  Let us count the ways…
No, seriously.  Junior was smokin’ yesterday in case you missed it.  We were praying the rain back and rocking to Keith Urban, Junior took the lead, we popped open a beer and then it started.  Like the dark rain clouds rolling into Daytona things just kept getting worse for Junior.  From a pit-road re-do he made his way all the back up to 5th only to pit again and park his right front tire a HAIR on the white line of his pit box.  Why in the world his team didn’t catch the error and tell him to move before even TOUCHING a tire or jack is beyond me but some NASCAR official went nuts pointing out the rubber on white and Junior got sent to the back of the pack, a lap down but NOT before a crew member shoved the official out of the way so he could do his job.  It was hilarious!!!!!
It got worse.  Vying for the “lucky dog” position with rain on the horizon Brian Vickers and Jr. were racing hard, Vickers bumped him down off the track and Junior attempted to get back in line, wrecking Vickers (ha!) and a ton of other drivers, making his way through the smoke and flying turf like a scene out of a movie- I was screaming!!!!
Everyone in the booth got their knickers in a knot, blaming Junior for the wreck, saying he turned right into Vickers.  What a load!  People whining that he turned right into his rear quarter panel.  What a bunch of babies and if they had not noticed: Junior doesn’t wreck people, at least on purpose.  I’ve seen Tony Stewart “turn” into other drivers for real a thousand times.  The announcers said Junior should have tried to “blend” into the traffic.  For a moment their I thought I was at a BeautiControl convention learning a new eye shadow technique!  BLEND????  Are they joking??  And you know what, those announcers should know better.  They are the ones who actually got to race like real men, bumping when they needed to and throwing punches when things didn’t go right.  For them to “re-state” the rules made me want to puke.  Maybe they should make a cute little list and tape it to the safer-barrier and give each driver a gold sticker or smiley face for being safe and courteous!!!!
Anyways, you be the judge.  Rain came and the race was called.  My poor family, I was pretty cranky for a couple hours but I can’t wait til next week!!!!!
Love you Ju!!!!!!