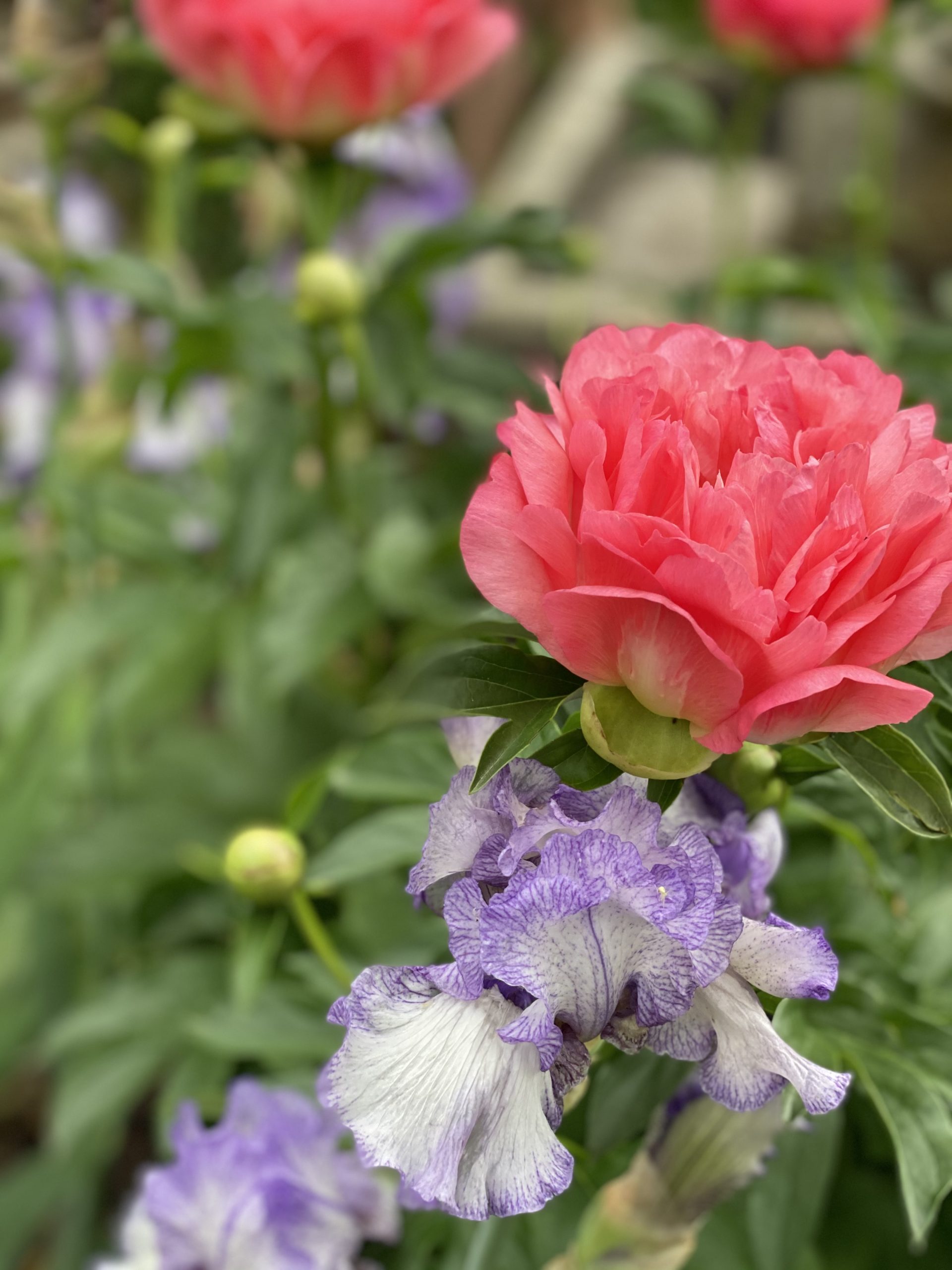 Gardener’s Creative Block – it’s a thing and until recently, I’ve had a pretty mean case of it.

I’ve been in a bit of a panic the last few years. Every time I look out my window, I take in the beauty we’ve created in the last few years and I’m grateful, but creatively… as a creator, I want MORE. And yet the ideas hadn’t come. That’s an incredibly frustrating feeling however if I’ve learned ANYthing over my years of design it’s that usually when there is an idea block it’s a gift that prevents me from being impulsive or implementing ideas that are not tailored enough.

As the gardens stand now they are an expanse. But really, I want intimacy.  From above, I enjoy the grandeur of the space. The grid pleases me, the firm contrast from the forest to the expanse is very fine, but when I’m down IN the space, I want the intimacy of rooms, tunnels, passages, and places.  There is often so much involved in taking a garden to the next level by way of budget, labor, and timing and so at this stage of the creation I needed to move forward with the one thing I for sure could do, my signature move…first things first…

When you can’t think creatively, think trash heap.  Get rid of the ugly. So often when there is a creative block the best move you can make is to get rid of what is ugly. This frees up mental space and brings relief you probably didn’t know you needed.  For me, this meant getting rid of those horrible cattle panel arches. Cattle panel arches can be a fabulous way to get creative in your space, but in this garden, they’ve been wrong from day one. They arched four paths of what will someday be a proper boxwood parterre and their casualness has never been right. They were also held upright by t-fence posts sunk into cinderblocks filled with concrete as we can not drive a stake far enough into the ground on account of the bedrock. It’s been a whole lot of hideous distracting from a whole lot of beauty. One day last month, I snapped, I ripped them out (which was no mean feat) made a stack of them, tied them to the tractor, and in a rage, drug them to the other side of the property where they could no longer distract me visually.

Instantly the space was calmer and I could calculate my next move. Instead of expecting some earth-shattering moment, I committed to walking my garden in silence. I KNEW the ideas would come, but I needed to be in the space and just let it talk to me without the frustration of the cattle panels.

The ideas began to tumble in like rolling waves…

Creating true delineation between the parterre beds and potager beds…

And there’s more to come.  For now, I’m scouring Craigslist for free bricks and I’m reveling in the daily beauty the garden is bringing. Free from the distraction of the cattle panels. I’m on fire with ideas and now must employ the patience of being able to bring them all to fruition.

What’s holding you back in your garden? Is it a flower you can’t bring yourself to admit you hate? Yank it out. Is it a tree that frustrates you? Cut it down. Is it a lack of ideas? Neutralize the ugly and then just go BE in the space… every day until it speaks to you.

Thank goodness gardening is about the daily experience of it all and not the arrival to some destination. Permission to be ‘in process’ granted.