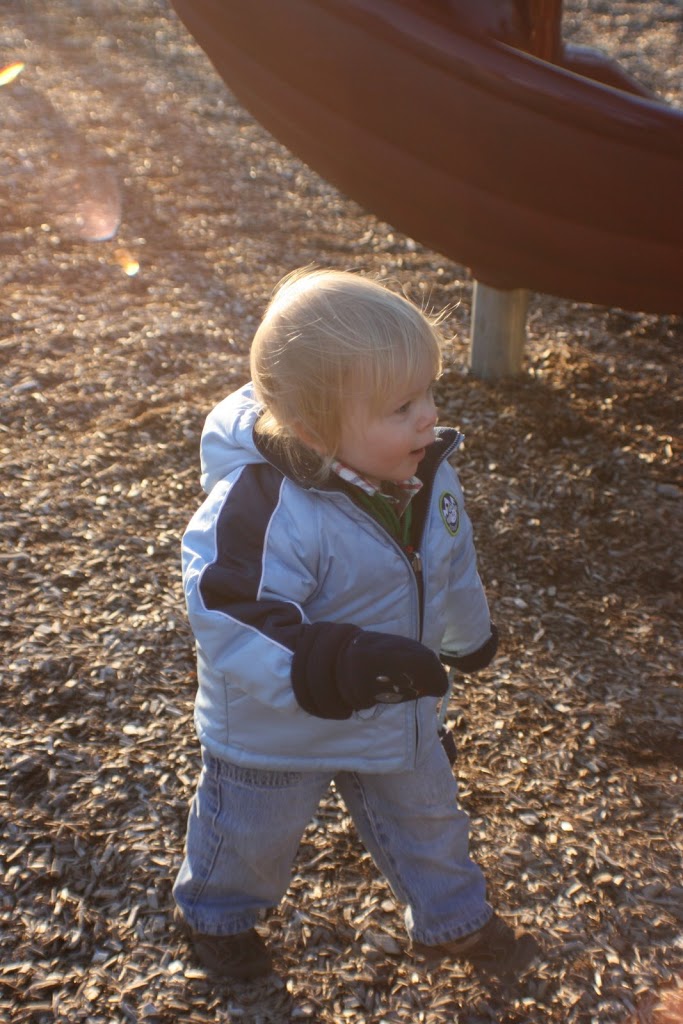 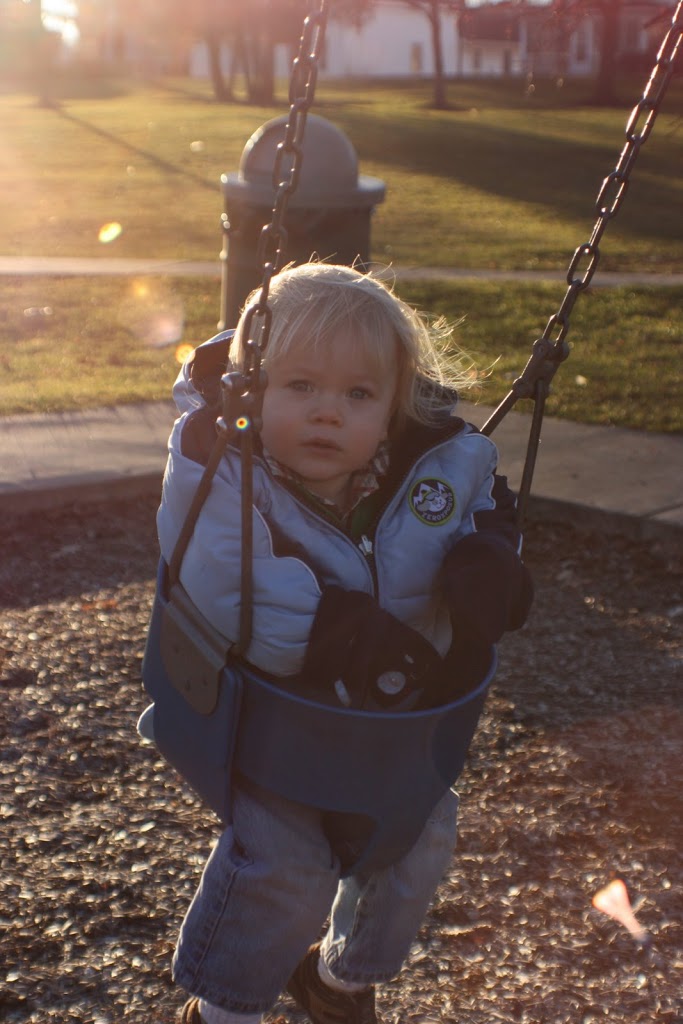 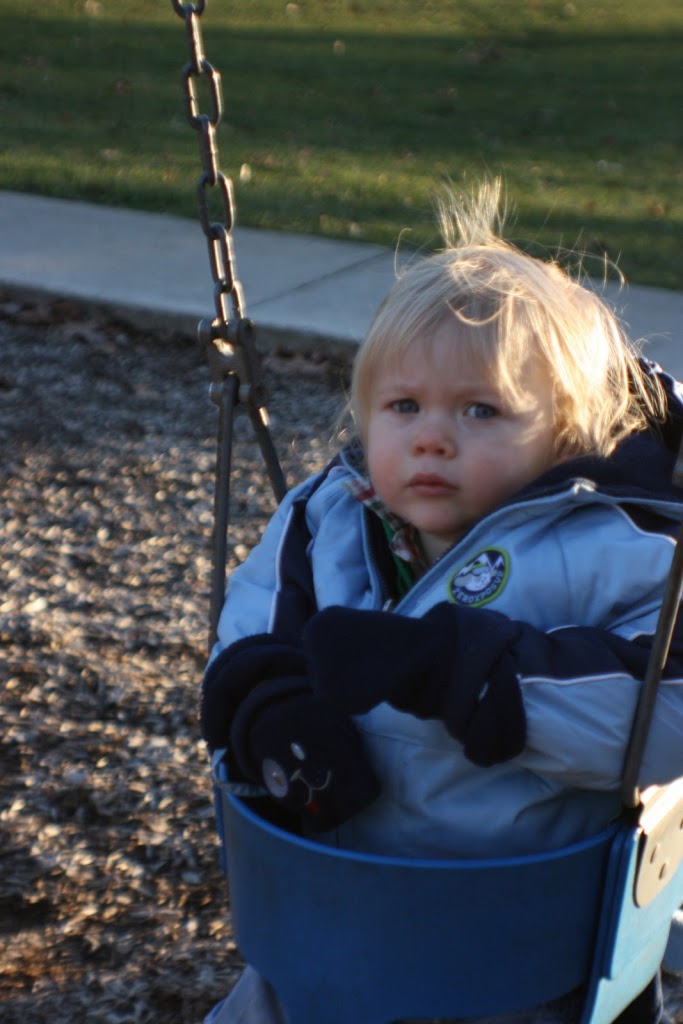 All I can say is,

“Global Warming” then bring it ON!!!

Oh, don’t get your knickers in a knot – the earth has heated and cooled off many times over the years…way before S.U.V. driving Republicans…

Aidan LOVES to be outside, and we have gone on walks in the dark, in the cold and in the snow just so he can get some fresh air this winter. Every time we get in the car the poor kid points to his sand box and squeals. He is not going to know what to do with himself when spring finally does come but in the meantime, I am ALL ABOUT these mild winters. Snow is fine for Christmas but I am ready to put on my gardening gloves!!! 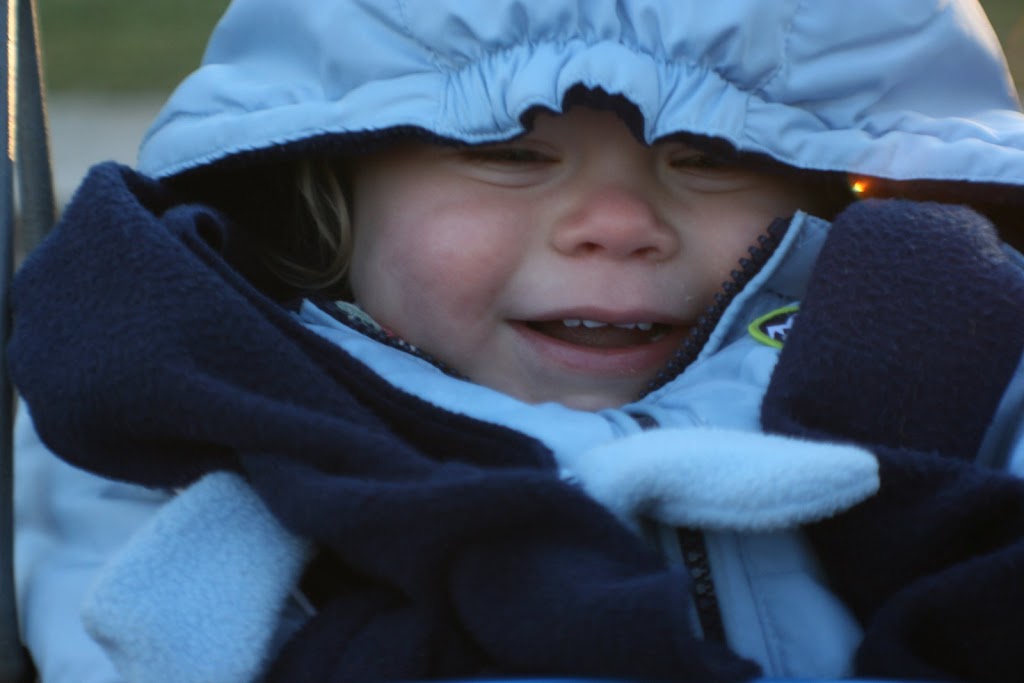 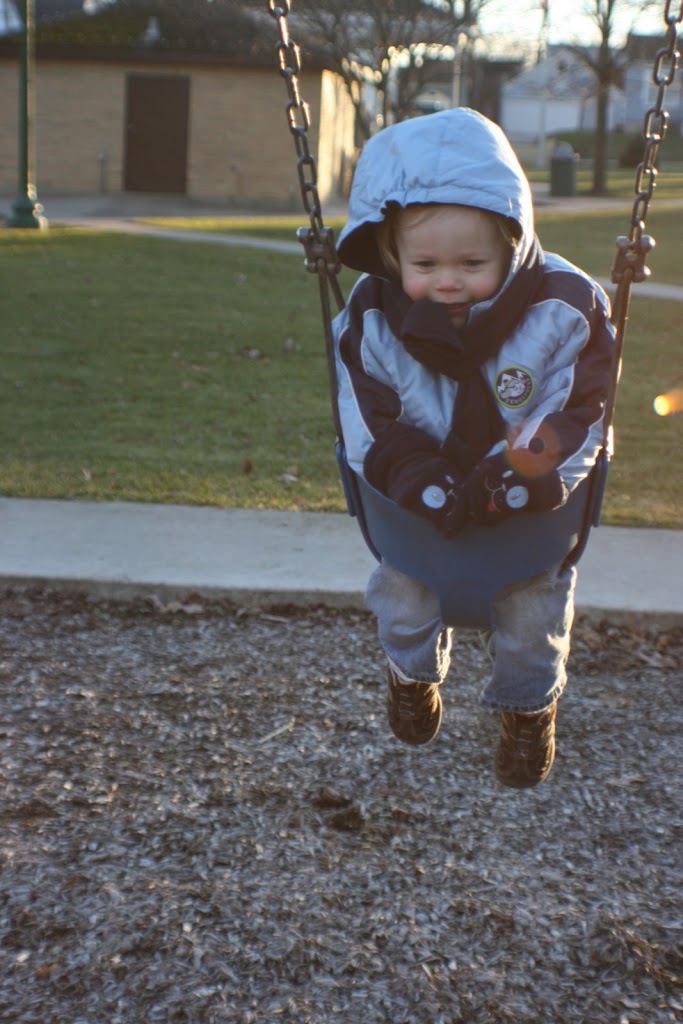 Asking Aidan if he would like to go to the park is like asking Joel if he wants to eat. The answer is always “yes and amen.” As we walk out the front door he gets giddy, writhing in his stroller seat. Yesterday I did not have him strapped in and by the time we got to the park he was squirming his way out to get to the 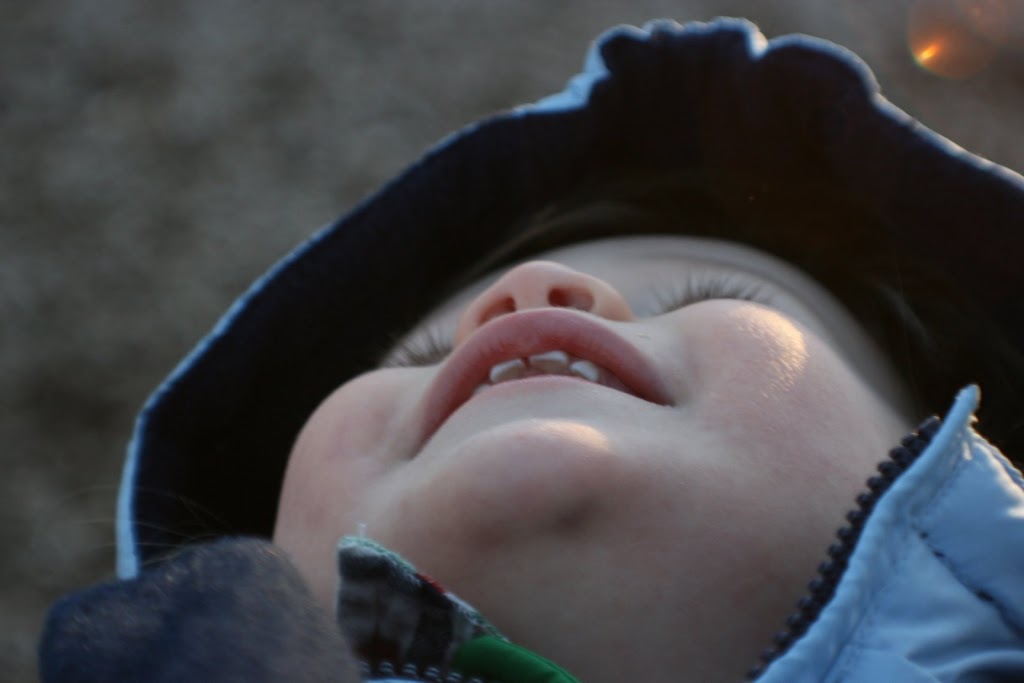 Whoever invented playground equipment was surely not a mother or father. What a dangerous collection of rubber and metal and when you have a 19 month old who thinks he can keep up with the six year olds swinging from the draw bridge and running UP the curly slide… Well, let’s just say we BOTH got our wiggles out yesterday at the park!

These are some of the the photos. I was experimenting with the motion setting on “Julio the Appereil Photo”…

(Yes, I named my camera, just now as I was typing…Appereil is pronounced Ap-par-ray.)