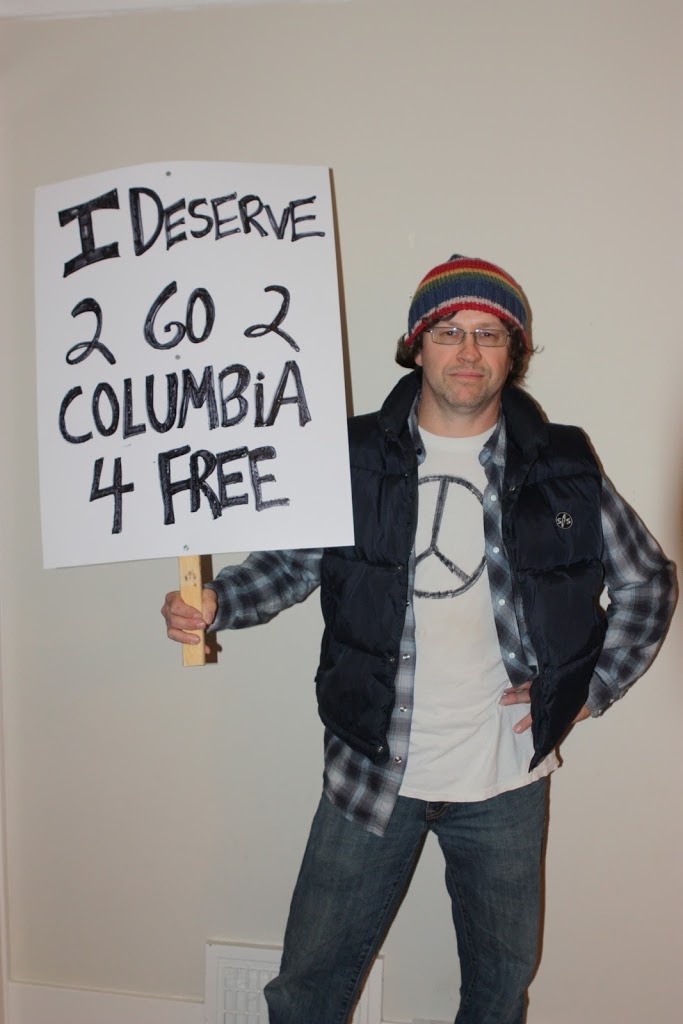 In “honor” of the protests arriving in Chicago,
I thought I would share with you the protester costume that Joel wore to a party last weekend. Yes, he wore this out in public. Yes, I let him.
Ever the “politically incorrect” couple, I sent him off (since we had no sitter) to the party as a dirty, Wall Street protester. Sporting matted, un-washed “hair” (hubby rocks the cue ball in real life), a home made “peace” t-shirt (something he wouldn’t be caught dead in), a sock cap going for that rasta man look and a homemade sign made even funnier with texting era numeric “words”… you know, like those over-educated Columbia U. students might use.
Can’t you smell the stench? That’s patchouli oil and entitlement. 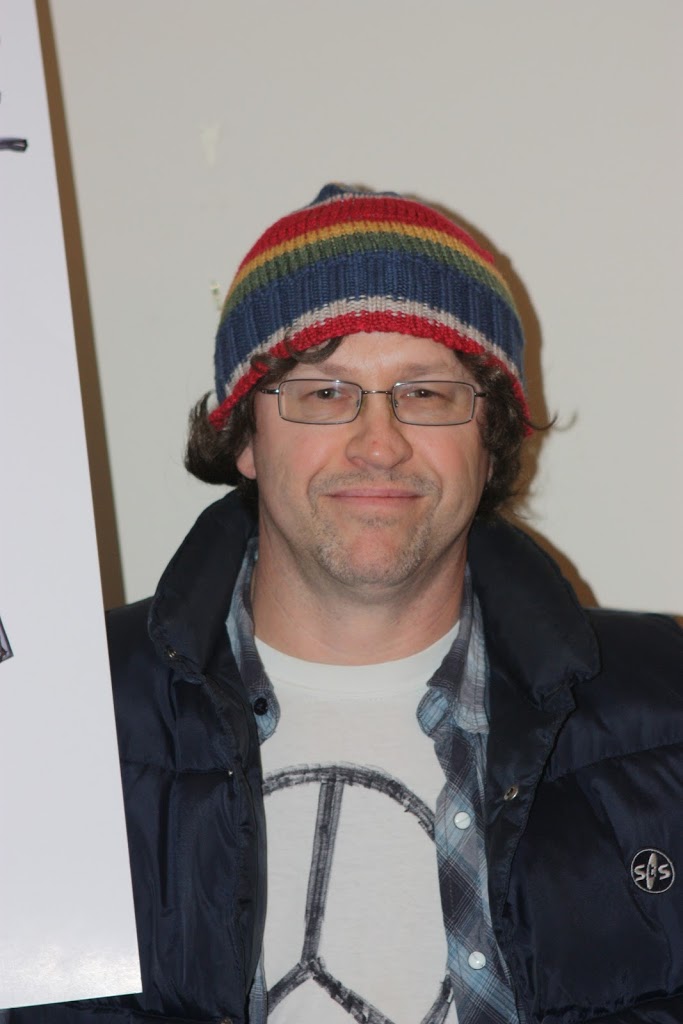 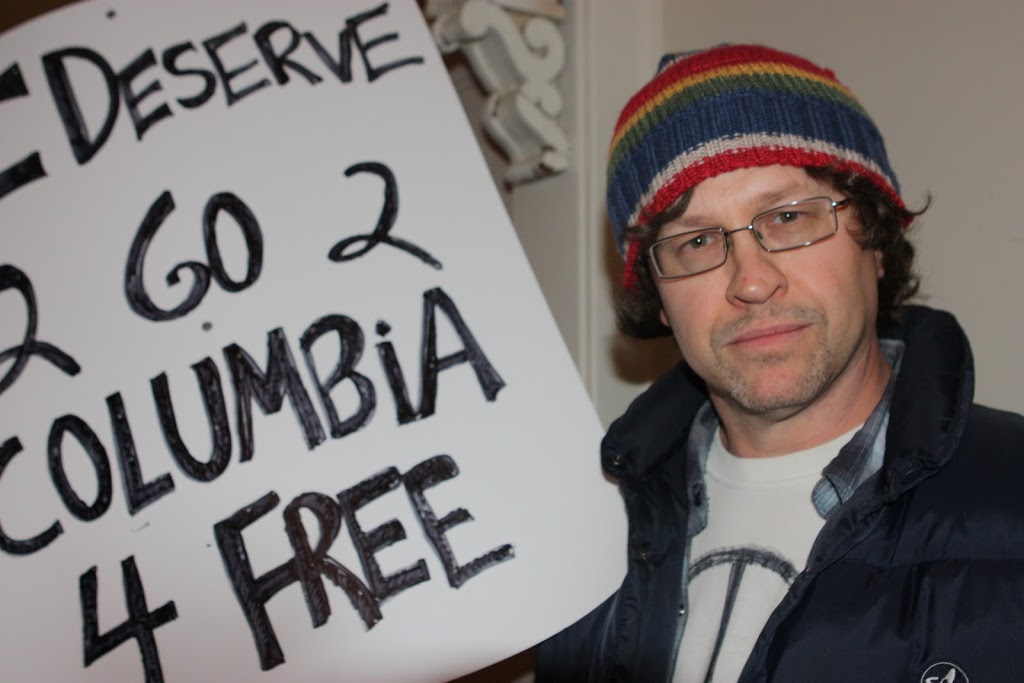 If your knickers are in a knot you should have SEEN the illegal alien costume his friend wore! “OMG, why would you do this?”
Grow up protesters.
Good Lord, I don’t even watch T.V. and I am sick of you already.
Oh, and BTW, Big Daddy went almost two years without work and never once did he (quit showering,) pick up a sign and begrudge the money that other people were working for.
Just sayin.’