ALL MY CHILDREN… Cancelled???

It’s the end of the world as we know it.

AMC has been cancelled.
I about fell off the couch when I read this!
Not that I have watched anytime in the last five years but I guess,
despite the smut that it is,
I still have a soft place in my heart for “La Kane” and her Pine Valley, PA friends.
I was a die-hard, totally addicted AMC watcher for ten years.
I mean I would call the hotline if I was out of town so I could get the scoop!!!
Pre-internet days of course!
These days I have to plug in my T.V. just to watch our three hours a week we enjoy
(The NASCAR races on Sunday afternoons!).
But it’s so weird, if you have ever been a soap watcher, to think that they are passé… something that is gone with the wind.
I hate popular television these days.
I’d rather watch a marathon of AMC any day than American Idol(atry).
Hilarious but true!
So, humor me (or maybe you will find this amusing) and let me recall the glory days and my favorite story lines…
I loved Dimitri and Erika.
I loved Erika period.
What a b—-.
She made me laugh out loud.
When Dimitri died I was so mad, then he came back with Anna and her sister and it was just all screwed up from there. 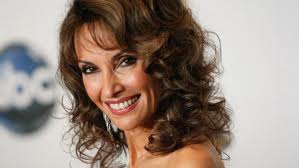 I hated Tad.
Tad Martin.
HATED HIM!
I know, he was a staple on the show but – GAG!
I mean – get a fricken hair cut from this century already! 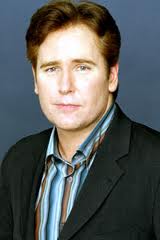 How in the world could you live and work in NYC with that MOP?
OK, so the photo above isn’t THAT bad…
Not only did I hate Tad but I hated Dixie Cooney Martin.

Whiny, perfect, ugly Dixie.
She drove me crazy.
Every time she died or left town I was thrilled!!!
This is getting funny – it’s clear that all the “good” people drove me nuts cause I couldn’t stand Brooke English either! 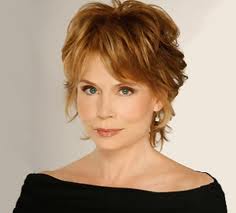 Though you have to admit, that is a great haircut.
I loved Liza.
(The real one)
Can you tell I love the bad girls? 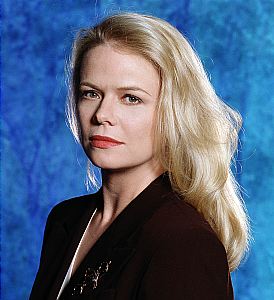 I loved it when she was married to Adam.  How ever many times that was.
They were a match made in heaven.
I will NEVER forget once when he was wooing her back after some scheme of his had foiled and hurt her, they were about to kiss and she asked him in frustration,
“Who are you?”
and he said with his manipulative sincerity,
“I AM you.”
I thought that was awesome.
NERD
ALERT!
I loved Leo.
Speaking of nerd, get this…
I cried when they killed him off… over a water fall with his drug dealing mother.
Greenlee was never the same. 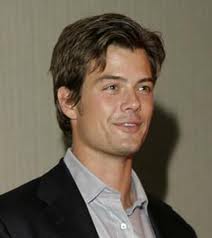 Greenlee was by far my most favorite character on the show. 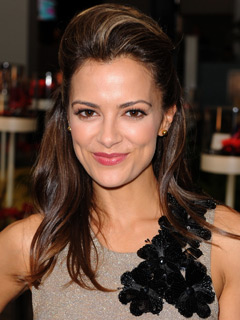 I liked her cause visually she was not your typical Hollywood type.  She is short like me but KILLER bod – I always found her so inspiring when I used to run on the treadmill during the show.
I LOVE the name Greenlee too and had we not named Amélie our first choice “Amélie” she would have been called Greenlee.  I still get my gun off because we call her “LeeLee”
Maybe you can have your cake and eat it too.


Her character’s fashion style was great, she was funny, bitchy and a great fit for Leo, then Ryan and then a couple years ago someone had a TV on and I saw her with…

Dr. David Hayward.
Leo’s older brother.
And I thought that was probably fitting as removed from the storyline as I was by that point.
David Hayward was an awful human being and guess what…
I loved him too!
Here’s a soap opera name that
DID
make it into the family… 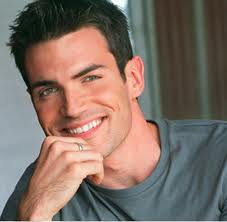 Aidan.
Yes, my son is named after this actor and character (they share the same name) and I say that with no shame!  LOL!
I HATED “Sex and the City” and someone once asked me if I name him after the Aidan on that show to which I snobbishly snapped,
“I most certainly did not!”
I never really watched soaps for the beefcake factor, though you would have to be dead to not notice the hours Ryan spent at the gym but he has nothing on Aidan.
Aidan had the face to match the bod.
-Did I just write that????-
They never really gave him a great story line and I never understood that.  He is one of the most gorgeous people EVER and has a dreamy British accent to boot.
I also loved:
(the most recent) Kendall
Palmer (R.I.P.)
Marion
Simone
Winifred the maid
Gillian
Jackson
and I LOVED, LOVED, LOVED 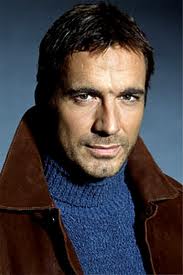 Zach!  He was the best male character EVER!
I also hated:
Maria
Edmund
The entire Santos family
Bianca
Tad’s son – forgot his name
&
Babe
………………..
Ok, that’s a long enough trip down memory lane and a ridiculous one at that.
I can’t believe how many hours I spent watching that crap, but looking back I find the whole thing kind of nostalgic on some sort of weird, Americana sort of level.
I hated all the other soaps but even with the years gone by since I’ve caught an episode,
ALL MY CHILDREN
will be missed by this Parisienne Farmgirl.
The last airing will be in September.
-N- guess what?
I’ll be plugging in the TV that day!